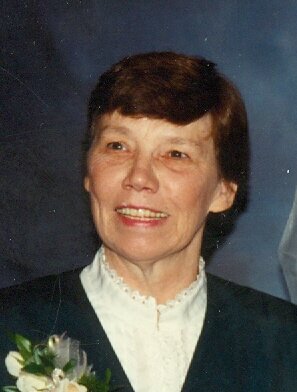 Please share a memory of Clare to include in a keepsake book for family and friends.
View Tribute Book

Family burial will be at the Oakridge Cemetery in West Liberty. A memorial visitation will be held Saturday November 6, 2021 from 12 to 2 P.M. at the Henderson Barker Funeral Home in West Liberty. Memorials may be made to an animal shelter of the donor’s choice.

Clare was born July 21, 1934 in Jacksonville, Florida.  She graduated from Davenport Central High School and later received her bachelor’s degree from the University of Iowa.  She married Neil Wicks of Iowa City in 1955.  He preceded her in death in 1995 after 40 years of marriage at the age of 62.

She grew up in a series of foster homes and orphanages.  Clare and Neil owned and operated Maid-Rite in West Liberty for 30 years.  Later she and her son-in-law operated a restaurant in Iowa City since 1984, most recently Platters Restaurant and Mama’s Deli. She was a member of First Church United and the University of Iowa Alumni Association.

Memorials may be made to an animal shelter of the donor's choice.

Share Your Memory of
Clare
Upload Your Memory View All Memories
Be the first to upload a memory!
Share A Memory
Send Flowers
Plant a Tree