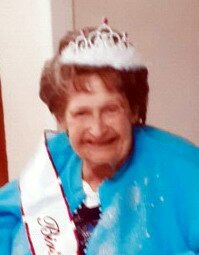 Obituary of Barbara A. Grapengeter

Please share a memory of Barbara to include in a keepsake book for family and friends.
View Tribute Book

Barbara A. Grapengeter, 82, passed away Thursday November 11, 2021 at the Simpson Memorial Home in West Liberty.

Barbara was born September 15, 1939 in Madison, Wisconsin the daughter of Rudolph Willy and Mary Allis (Ball) Frank. She was united in marriage to Jim Sherlock, following his death she married Harry Grapengeter, and they later divorced. Barbara had been employed with Eagle Signal in Davenport and as a banquet waitress at the Plantation in Moline. She had also sold Tupperware for many years.

Barbara was active in the Whole Truth Tabernacle Church in Silvis, enjoyed music, dancing, had raced stock cars and was an extra in a couple Lone Ranger movies. She dedicated her life to her kids, was a fantastic mother, grandmother and was an awesome cook.

Share Your Memory of
Barbara
Upload Your Memory View All Memories
Be the first to upload a memory!
Share A Memory
Send Flowers
Plant a Tree