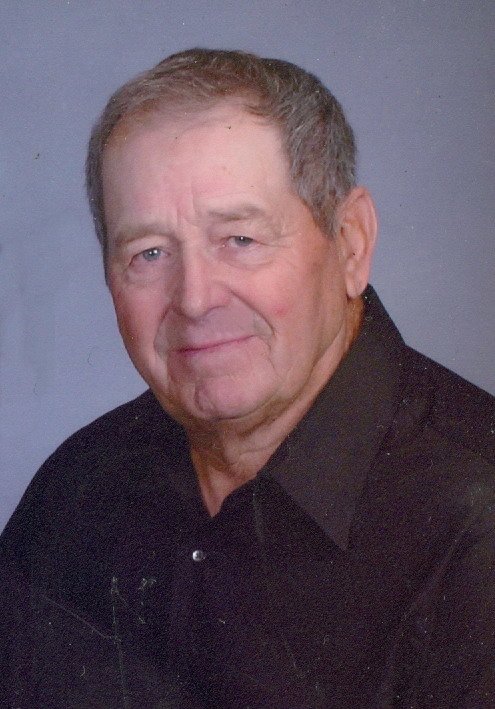 John was born May 23, 1933 the son of Adam and Doris (Herring) Simon the second oldest in a family of seven. He attended country school where he had to walk up hill to and from school. When he knew more than his teachers, he moved on to help at the family farm. He served his country as a cook in the US Army from 1953-1955. He was united in marriage to Janet Ping on August 27, 1954. Jack and Janet farmed and raised their family north of West Liberty. He was still actively farming at the time of his death.

He was a member of St. Joseph Catholic Church, West Liberty Lions Club and Mansell Phillips American Legion Post #509. Jack was active in tractor pulling for about 50 years. Most of those were with his 570 Super Cockshutt aptly named “Super Cock”. He bowled with the Dotson Spots and had bowled a 299 game as well as playing many hands of euchre with his bowling buddies. Even though he didn’t golf, he hit a hole in one on #2 at the West Liberty Country Club. He never met a piece of machinery he wouldn’t fix, a Nascar race and a ballgame he wouldn’t watch, especially the Iowa Hawkeyes, St. Louis Cardinals and Chicago Bulls, a sweet he wouldn’t eat nor a stranger he wouldn’t help. In his early years, he was even known to cut a rug with Janet. He loved his grandchildren more than anything and rarely missed a sporting event they were involved in unless an ump or ref kindly asked him to leave the game.

Memorials May Be Made Toi: Jack Simon Memorial Fund