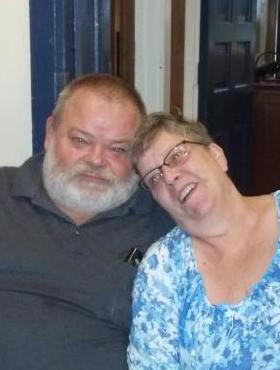 Obituary of Robert and Teresa Larson

Please share a memory of Robert and Teresa to include in a keepsake book for family and friends.
View Tribute Book
Robert and Teresa Larson, passed away together Monday, December 21, 2020 following injuries sustained in an automobile accident. Robert Clarence Larson was born October 28, 1950 in Iowa City, the son of Leonard and Shirley (Schmidt) Larson. He was a graduate of West Liberty High School Class of 1969 and Iowa State University in 1973. Bob had been employed with Louis Rich Foods, Rohner Machine Works both in West Liberty, MCI WorldCom and most recently at Mercer in Iowa City where he retired in 2017. He enjoyed golfing with his brother Leon and was a member at the West Liberty Country Club where he has held the course record for many years. Bob was also a member of the Lions Club and Masonic Lodge and an avid fan of the Iowa State Cyclones and Green Bay Packers. He will be remembered by his grandchildren for the extra long bear hugs, napping during family gatherings and teasing during baking and crafts time with Grandma. Teresa Irene Ives was born August 24, 1952 in Webster City, Iowa the daughter of C. Morris and Maxine (Huber) Ives. She was a graduate of Nevada High School Class of 1970 and Iowa State University in 1974. Terri was employed with the Simpson Memorial Home in West Liberty and for many years in food service at the West Liberty Community School District. She was a member of Eastern Star, enjoyed sewing, puzzles, baking and she especially enjoyed her grandchildren with whom she shared her love of baking and crafts. She made all the grandchildren’s Halloween costumes and enjoyed playing family board games, however, they had to be by her rules. Bob and Terri were united in marriage September 14, 1974 in Independence, Iowa. They are survived by their three children: Laura (James) Hardy of Buffalo Grove, Illinois, Lillian (Mario) Ortiz of West Liberty, Leonard Larson of Des Moines, and 4 grandchildren: Grace Ortiz, Reese Ortiz, Ethan Hardy and Samantha Hardy. Also surviving are Bob’s siblings: Judy (Jim) Handsaker of Story City, Iowa and Leon (Mary) Larson of West Liberty; Terri’s siblings: Kathy (Ron) VanBerkum of North English, Linda (Gary) Stefani of Ames and Martha Ives of Independence, Iowa. A private family prayer service will be held. The Henderson-Barker Funeral Home in West Liberty is caring for Bob and Terri’s family. Online condolences may be made to the family at www.hendersonbarkerfuneralhome.com.

Share Your Memory of
Robert and Teresa
Upload Your Memory View All Memories
Be the first to upload a memory!
Share A Memory
Send Flowers
Plant a Tree