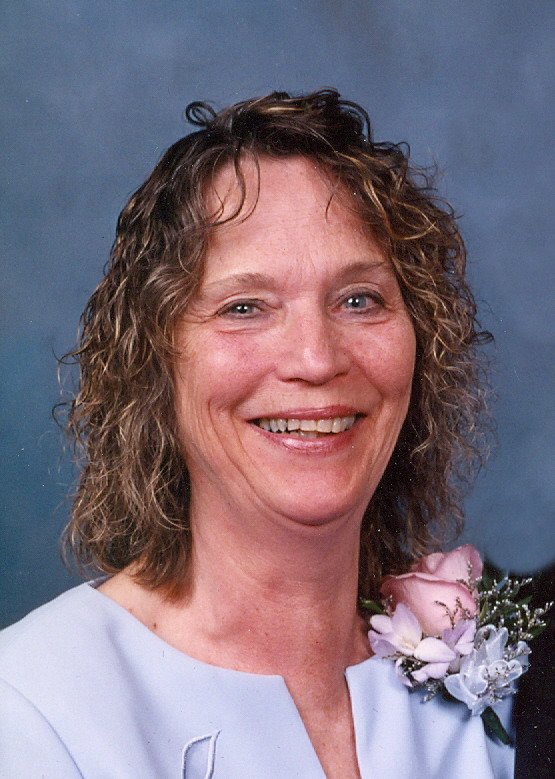 Please share a memory of Mary to include in a keepsake book for family and friends.
View Tribute Book
West Liberty, Iowa Mary Joan Fobian Meade, 85, went home to be with the Lord Monday, October 19, 2020. A memorial service will be held 10 A.M. Saturday, October 24, 2020 at the Community Center, 1100 North Calhoun St., West Liberty. Inurnment will be in the North Prairie Cemetery, West Liberty. Memorials may be made to Children’s Miracle Network or the Activities Program at Simpson Memorial Home. Online condolences may be made to the family at www.hendersonbarkerfuneralhome.com. The Henderson-Barker Funeral Home in West Liberty is caring for Mary’s family. Mary was born January 19, 1935 in West Branch the daughter of John and Ane (Petersen) Fobian. Mary attended a one room school house with all boys until 6th grade, and then continued at West Branch Schools. Upon her graduation she worked as a telephone operator for AT&T until she met a man named Gerald Meade that swept her off her feet. She and Gerald were married July 24, 1956 in Iowa City, sharing 64 wonderful years together. After raising 4 children Mary returned to AT&T for 32 years. A few years later she went to work at Wal-Mart in Coralville where she remained until her health would not permit her to continue. She immensely enjoyed interacting with people just as much as they enjoyed her. Mary had a heart of gold. She was the most selfless, giving, kind, loving woman that God created. Mary also loved hummingbirds, trees (Henrietta), the zoo, shopping for others, Dolly Parton, Polka and Christian music. Most of all Mary loved her family and cherished the time spent together. She will be deeply missed by her four children: Terri Lynn (Jim) Blair, Rick (Joann) Meade, Randy (Sue) Meade, Jon (Ronda) Meade all of West Liberty. Ma's nine grandchildren: Chenelle (Matt) Karam, Chana (Joe) Simon, Zach Merriman, Jerry (Abby) Meade, Josh (Holly) Meade, Chelsea (Dustin) McIntire, Jesse (Alison) Meade, Hanna and Hank Meade, twelve great grandchildren: Mason, Eva and Hudson Karam, Marley, Turner, Harper, Eden and Emmett Simon, Cash and Harlow Meade, Luke Meade and Maddi Meade. Brother: Carl (Carol) Fobian of West Branch and many nieces and nephews. She was preceded in death by her husband Gerald March 14, 2020, parents, Sister: June (Don) Poland, brother: John (Marlene) Fobian and nephew Mike Fobian. Mary’s family would like to extend their sincere appreciation to the Simpson Memorial Home for their devoted care the last 2 ½ years. Especially during this pandemic, they were her family when family couldn’t be there.
Saturday
24
October

Share Your Memory of
Mary
Upload Your Memory View All Memories
Be the first to upload a memory!
Share A Memory
Send Flowers
Plant a Tree