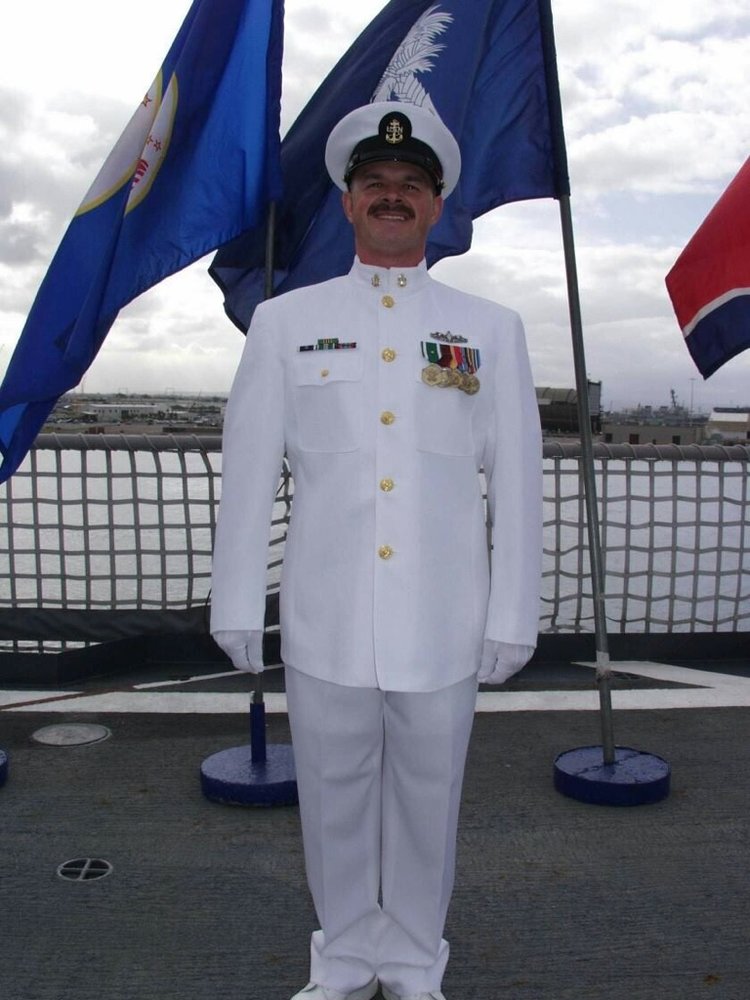 Please share a memory of Jeffery to include in a keepsake book for family and friends.
View Tribute Book

Funeral service will be held 2 P.M., Saturday September 8, 2018 at the First Church United in West Liberty. Burial will be in the North Prairie Cemetery, West Liberty. Visitation will be Friday from 4 to 7 P.M. at the First Church United. Online condolences may be made to the family at www.hendersonbarkerfuneralhome.com. In lieu of flowers memorials may be made to Jeff Powers memorial fund.

Jeff was born January 12, 1965 in Iowa City, Iowa the son of Samuel and Elsie (Morrison) Powers. He was a graduate of West Liberty High School in the Class of 1984. On September 12, 1992 he was united in marriage to Diane Hooper in San Diego, California.

He had retired in 2001 from the United States Navy as a Chief Petty Officer E7. Following his retirement Jeff continued his education attending Automotive School, Truck Driving School and took computer training. He later went back to work with the Navy in Civil Service as a ship supervisor. He was an avid Harley rider and has spent the last 2 1/2 years traveling with his wife. Jeff was a very caring and giving person, always wanting to make those around him happy. In death he continued giving by being a tissue donor.

Share Your Memory of
Jeffery
Upload Your Memory View All Memories
Be the first to upload a memory!
Share A Memory
Send Flowers
Plant a Tree