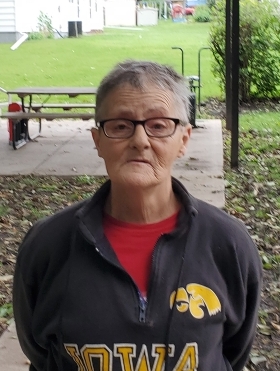 Please share a memory of Patricia to include in a keepsake book for family and friends.
View Tribute Book

Patricia A. Conklin, 62, passed away Wednesday, June 1, 2022 at Unity Point Hospital in Muscatine.

Patty was born March 2, 1960 in Iowa City the daughter of Lester and Ida (Prizler) Conklin. She attended West Liberty High Schools. Patty worked many years in the professional cleaning business around the west liberty area. She enjoyed sports, spending time outdoors and cooking for family.

She is survived by her son Jeromy Conklin of Conroe, Texas, 2 brothers:  Eddie Conklin of West Liberty and Jerry Conklin of Nichols. She was preceded in death by her parents and a brother Terry.

Share Your Memory of
Patricia
Upload Your Memory View All Memories
Be the first to upload a memory!
Share A Memory
Send Flowers
Plant a Tree