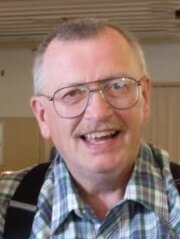 Please share a memory of Patrick to include in a keepsake book for family and friends.
View Tribute Book

Patrick Donald Carter, 72, passed away Tuesday, January 25, 2022 at the University of Iowa Hospitals and Clinics in Iowa City.

Pat was born in Iowa City December 8, 1949, to Colleen and Donald Carter. He graduated from Lone Tree High School in May 1968. During his lifetime Pat farmed, worked for the University of Iowa and Schenker Logistics.

He was preceded in death by his parents, sister Linda and brother Mike.

Share Your Memory of
Patrick
Upload Your Memory View All Memories
Be the first to upload a memory!
Share A Memory
Send Flowers
Plant a Tree