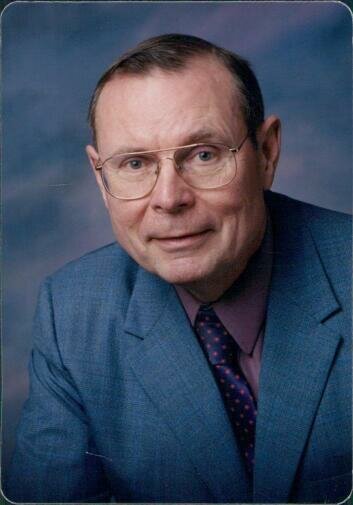 Larry Leighton Perkins, 85, passed away Monday, November 16, 2021 at the University of Iowa Hospitals and Clinics in Iowa City.

A memorial visitation will be held Wednesday, December 1, 2021 from 10 until 12 P.M. at the Henderson-Barker Funeral Home in West Branch with a casual celebration of life to be held immediately following visitation at 12 noon at where relatives and friends can share thoughts and memories of Larry’s life.  Online condolences may be made to the family at www.hendersonbarkerfuneralhome.com.

Larry was born August 7, 1936 in Goodland, Kansas the son of Ralph and Flossie (Leighton) Perkins. Following his graduation from Moran, Kansas High School he attended the University of Wichita and University of Iowa.  He served in the US Army and stationed in Detroit, Michigan. He was united in marriage to Phyllis Ann King, they had one son Daniel Lewis Perkins. In 2000 he was married to Bronwen Jones in Dubuque, Iowa, she passed away in 2014.

For many years Larry had worked as a medical photographer, receiving a First Place award for Biological Photography as well as many photographs published in books and illustrations. He enjoyed carpentry, gardening, traveling, taking a dream trip to Alaska to fish and working on his rental properties.

He is survived by his son Daniel Perkins of New York City, NY and grandson: Nicholas Perkins of Washington, D.C.  Sister in law: Wanda Perkins of Pittsburg, Ks, sister and brother in law: Gail and Dave Williams of Rexford, KS and special friend Donna Backe of North Liberty. He was preceded in death by his parents, and a brother Don Perkins.