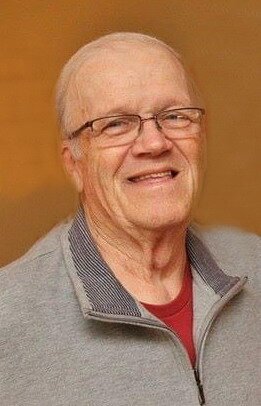 Please share a memory of Joseph to include in a keepsake book for family and friends.
View Tribute Book

Funeral service will be held 10 A.M. Thursday, November 18, 2021 at the Henderson-Barker Funeral Home in West Branch. Visitation will be Wednesday from 4 to 7 P.M. at the funeral home. Burial will be in the West Branch Cemetery. Online condolences may be made to the family at www.hendersonbarkerfuneralhome.com. Memorials may be made to Joe Grobin Memorial Fund or Iowa City Hospice.

Joseph Edward Grobin was born July 14, 1936 in Detroit, Michigan the son of Edward and Emily (Elliott) Grobin. He was a graduate of Springdale High School in 1954. On December 17, 1955 he was united in marriage to Faye Paulsen at Bethany Lutheran Church in West Branch.

Joe had been employed as a coal hauler with H & R. Service in West Branch and in 1956 he began working at Procter and Gamble in Iowa City retiring after 35 years. Following his retirement Joe and Faye owned and operated Grobin Lawn Care, Grobin Polaris and for 10 years worked with Fed Ex Critical. He enjoyed snowmobiling and trips up North with his snow mobile group, boating and camping spending many summer weekends at West Overlook at the Coralville Reservoir and camping at the Iowa State Fair for over 40 years. Joe and Faye mentored many challenged young individuals giving them opportunities they may not have had.

He is survived by his wife Faye of North Liberty, One son Steve Grobin and his fiancée Tammy Engstrom of Ainsworth. Three grandchildren: Derek (Christina) Abel of Virginia, Megan (Todd) Pabst of Ely, Iowa and Michael (Erika) Grobin of Cedar Rapids, 4 great grandchildren: Conner and Harrison Abel and Nova and Aurora Grobin. He was preceded in death by his parents, son Brad, sisters: Irene Schooley and Marinell Grobin.

Share Your Memory of
Joseph
Upload Your Memory View All Memories
Be the first to upload a memory!
Share A Memory
Send Flowers
Plant a Tree