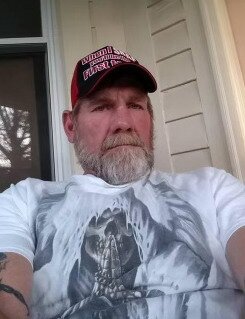 David Lee Murdock was born March 25, 1958 in Muscatine, Iowa the son of Virgil “Whitey” and Elizabeth (Schmarge) Murdock. David had worked in the oil fields, a heavy equipment operator, barge line and road construction. Dave had also worked as a hunting guide in Montana and Alaska.

He enjoyed Harley Davidson Motorcycles, and avid outdoorsman; hunting, boating, fishing and his cabin on the river. Very important to him was his time in A.A., and where he met partner Pat.  Dave had recently accepted Jesus as his Lord and Savior.

Share Your Memory of
David
Upload Your Memory View All Memories
Be the first to upload a memory!
Share A Memory
Send Flowers
Plant a Tree