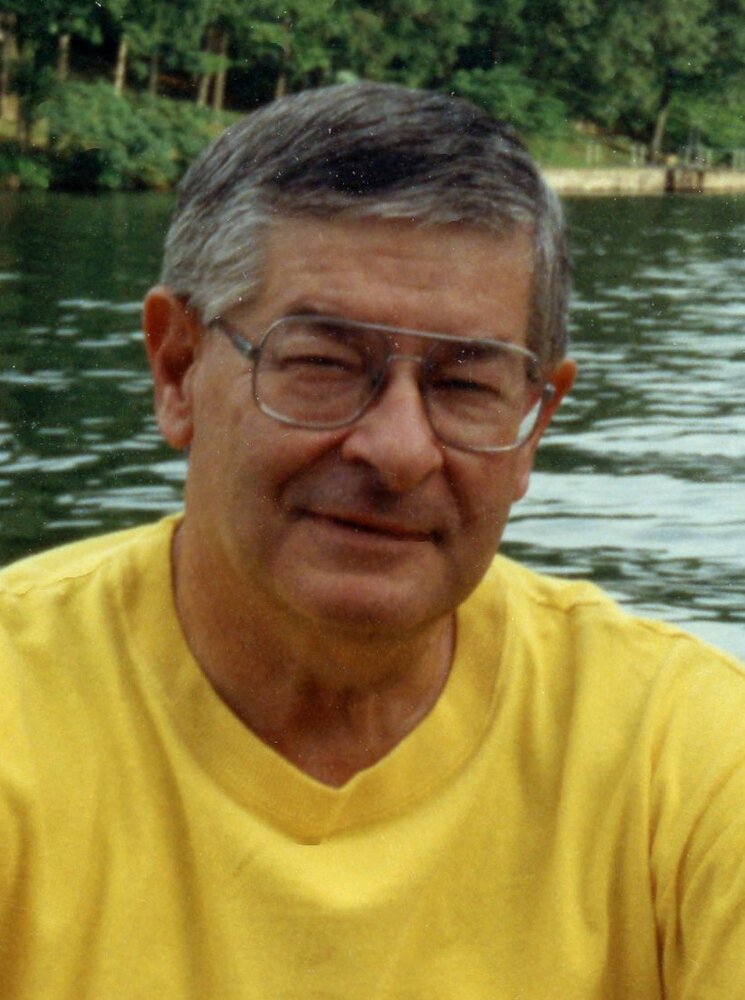 Please share a memory of Jimmie to include in a keepsake book for family and friends.
View Tribute Book

Jimmie “Jim” Wheeler, 83, of Tiffin and Osage Beach, Missouri, formerly of West Branch passed away Wednesday, August 18, 2021 at the University of Iowa Hospitals and Clinics.

A memorial visitation will be held Sunday, August 22, 2021 from 1 to 4 P.M. at the Henderson-Barker Funeral Home in West Branch where a celebration of life will be held immediately following at 4 P.M. In lieu of flowers memorials may be made to West Branch Booster Club or an animal shelter of the donor’s choice.

The celebratino of life will be livestreamed via the Henderson-Barker Funeral Home Facebook Page. It can be view at:

Jimmie Lee Wheeler was born October 5, 1937 in Oelwein, Iowa the son of Roderick and Corrine (Atkinson) Wheeler. He was a graduate of Oelwein High School in the Class of 1955 and attended Iowa State Teachers College in Cedar Falls from 1955 to 1956. In 1957 he joined the United States Army serving until 1958. Following his service to his country he attended Parsons College receiving his BA in 1962. On December 27, 1959 he was united in marriage to Patricia Daniels in Council Bluffs, Iowa. Jim began his teaching career in 1962 with the Mid Prairie School system until 1966 when he moved to West Branch and continued teaching and coaching until his retirement in 1996. Jim enjoyed playing tennis beginning in high school where he placed runner up in the state doubles tournament and later during his time in the military where he was the post tennis champion continuing through his college years. He had coached high school boys and girls golf, girls softball, girls basketball and Jr. high football. During his coaching career he received many awards and received recognition on the local, state and national level, taking the girls basketball, softball and golf teams to state, as well as taking the boys golf teams to state and winning 4 consecutive years 1989-1992, Iowa Coach of the year 1993 and 1996, Midwest Coach of the Year 1996 and was finalist for National Coach of the Year 1996, Cedar County Wall of Fame 2010 and inducted into the Iowa Coaches Hall of Fame in 2002.  During his time as a teacher he mentored 26 student teachers and taught drivers education for 26 years, stating he had “driven around the world 3 times with new drivers”. He enjoyed playing golf, his family and was at his grandchildren’s events whenever able. Jim served as the announcer for the Winter Special Olympics held in Iowa City as well as West Branch Football. Jim was referred to and known as “the bear” to many. Following his retirement in 1996 Jim and Pat moved to Osage Beach, Missouri where he worked as a substitute teacher for 14 years, also volunteered at Lake Regional Medical Center in Osage Beach serving 5000 hours. He also loved his late dog Nikki.

Share Your Memory of
Jimmie
Upload Your Memory View All Memories
Be the first to upload a memory!
Share A Memory
Send Flowers
Plant a Tree