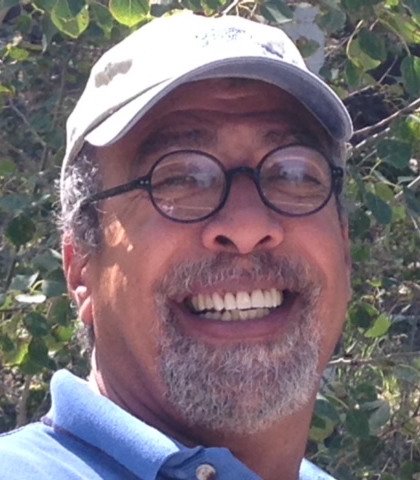 Please share a memory of Haluk to include in a keepsake book for family and friends.
View Tribute Book

Haluk Sasmazer passed away peacefully and surrounded by family at his home in West Liberty on Tuesday, July 27, 2021.  He was 66 years of age.  His death was due to pancreatic cancer, which he had fought successfully for nearly four and a half years.

Haluk was born in Mersin, Turkey on December 14, 1954.  The third child of Huseyin and Binnaz Sasmazer, Haluk was an exceptional student at schools in Mersin and Adana, Turkey and later received a degree in engineering from the Ankara State Academy of Engineering and Architecture and Middle East Technical University.  After graduating he served as a lieutenant in the Turkish Air Force.  In 1983, Haluk traveled to the United States to work as a sabbatical engineer on a joint military radio project.  He remained in the U.S., working with engineering firms in New Jersey and Pennsylvania and becoming a naturalized U.S. citizen in 1995.

In 1997 Haluk began a long career with Rockwell-Collins in Cedar Rapids, Iowa, in the areas of communications, radio products and electronic warfare systems.  He was an expert engineer who traveled extensively and enjoyed his work immensely, authoring or co-authoring several papers and holding two U.S. patents.  While in Cedar Rapids, he also met his wife Lynne.  They married on October 10, 1998 and have two sons, Evren and Nedim (Neddie), who were the light of his life and, as he frequently said, his greatest achievement.

Haluk loved music, especially Turkish classical music.  He played several instruments and delighted in attending his boys’ concerts as an enthusiastic supporter of the school band and fine arts program.  He played tennis, soccer and volleyball and was a fearsome Scrabble and backgammon opponent, as well as an accomplished cook who enjoyed hosting friends for cookouts and dinners.  Apart from his family, Haluk’s greatest love was gardening.  At home he established an extensive vegetable garden and fruit orchard and took joy in yard work with his good dog Moby and in sharing produce with his neighbors. Haluk prized learning, environmental conservation and progressive democratic values; in his words and actions he sought to develop a community that provided understanding, inclusion, respect and dignity for all.

Haluk is survived by Lynne, Evren and Neddie; brother Yildirim (Sevinc) Sasmazer and sister Yildiz (Mustafa) Menemenci, all of Silifke, Turkey; parents-in-law Manly and Peg Thornton of Elkhart, Indiana; brothers-in-law Michael (Rebecca) Thornton and Chuck Thornton of Houston, Texas; and many nieces, nephews, cousins and friends around the world.  He was preceded in death by his parents and by a brother, Nader.

The Sasmazer family would like to thank UI Hospitals and Clinics, and especially Dr. Chandrikha Chandrasekharan, for years of excellent and compassionate care. We are also very grateful to Iowa City Hospice and Henderson-Barker Funeral Home for their support. A celebration of life memorial visitation will be held at the West Liberty Community Center on Thursday, August 12, 2021 from 4:30 to 7:00 pm. Online condolences may be made to the family at www.hendersonbarkerfuneralhome.com.  Memorials may be made to the UI Holden Comprehensive Cancer Center, Iowa City Hospice or the West Liberty Fine Arts Booster Association.

Share Your Memory of
Haluk
Upload Your Memory View All Memories
Be the first to upload a memory!
Share A Memory
Send Flowers
Plant a Tree