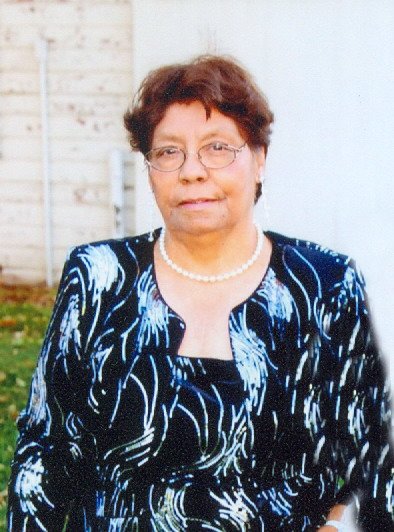 Please share a memory of Maria to include in a keepsake book for family and friends.
View Tribute Book

Maria Castro Rocha, 80, passed away suddenly Wednesday, July 7, 2021 at the University of Iowa Hospitals and Clinics in Iowa City.

Funeral mass will be held 10 A.M. Saturday, July 10, 2021at St. Joseph Catholic Church in West Liberty. Visitation will be Friday from 5 to 8 P. M. at the Church. Burial will be in the Oak Ridge Cemetery, West Liberty. The Henderson-Barker Funeral Home in West Liberty is caring for Maria’s family. Online condolences may be made to the family at www.hendersonbarkerfuneralhome.com.

Maria was born January 15, 1941 in Durango, Mexico the daughter of Espirion and Soledad (Sosa) Castro. In 1953 she was united in marriage to Juan Rocha in Durango. For many years she worked at Louis Rich Foods in West Liberty, later owned and operated the Alamo Restaurant and raising a large family. She enjoyed gardening, spending time with her family and attending her grand children’s events. Maria enjoyed cooking all foods, her tamales and menudo were amazing. She was known for her kind and giving heart, she was loved by all who met her.

Share Your Memory of
Maria
Upload Your Memory View All Memories
Be the first to upload a memory!
Share A Memory
Send Flowers
Plant a Tree