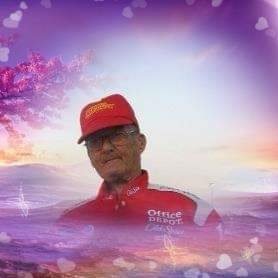 Please share a memory of Walt to include in a keepsake book for family and friends.
View Tribute Book

Walter (Walt) O. Evan's, 75, of West Liberty, Iowa, passed away Thursday March 18, 2021 at the University of Iowa Hospitals and Clinics in Iowa City.

Walt was a million mile truck driver and avid stock car driver for 25 years in Council Bluffs, West Liberty, and Tipton, Iowa. He was a super fan of the St. Louis Cardinals, Kansas City Chiefs and Iowa Hawkeyes. He was also a Cub/Boy Scout leader, loved camping, fishing and bowling and should have owned stock in Busch Light. He enjoyed life, loved to laugh and never met a stranger.

Share Your Memory of
Walt
Upload Your Memory View All Memories
Be the first to upload a memory!
Share A Memory
Send Flowers
Plant a Tree