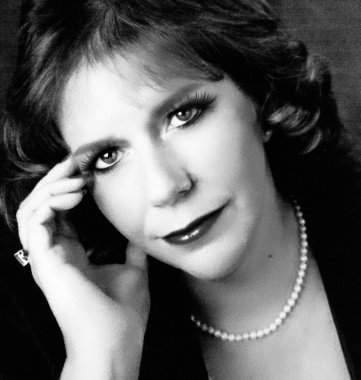 Please share a memory of Sharla to include in a keepsake book for family and friends.
View Tribute Book

Sharla Jean Moore, 61, passed away on Sunday, March 14, 2021, at the Oldorf Hospice House of Mercy in Hiawatha, Iowa and entered the Kingdom of God.

Sharla Jean Moore (Passmore) was born on April 15, 1959 in Iowa City, Iowa, daughter of Leighton Passmore and JoAnn (Chivers) Passmore.  She graduated from West Liberty High School in 1978 and went on to get her Cosmetology license 1982, working as a Cosmetologist for several years. On October 21, 1989 Sharla was united in marriage to Stan Moore. Together they welcomed the birth of their only child, their beloved daughter, Sheridan Stace Moore, on December 26, 1992. The family moved to Fairfax, Iowa in 1994 where they have resided ever since. Sharla spent many years working as an Account Manager alongside her husband at his business, Engineered Components. Sharla also worked at both the Hampton Inn and Nordstrom and made lifelong friends everywhere she went.

Sharla truly loved spending time with her family and friends. Her favorite pastime in recent years was spent with her husband at their condo in Winter Haven, Florida. Sharla's kind, caring and compassionate nature was demonstrated in her consistent giving to others, whether it was time or gifts, she always wanted to help. This was further reflected in the soft spot she had held in her heart for animals. Sharla enjoyed cooking and baking for her family and treasured her mom's recipes. She loved her fashion handbags and passed them on to others each time her new ones arrived. She had a passion for singing; and in years past, she had enjoyed karaoke and won a karaoke contest that gave her the opportunity to record two songs on a CD entitled "Karaoke for the Cause".

Sharla is survived by her husband, Stan Moore of Fairfax, Iowa; daughter, Sheridan Moore, of Cedar Falls, Iowa; three sisters, Sharon (Bill) Mitchell of Downey, Iowa, Stacey Passmore of Atalissa, Iowa, and Shelley Hadley of North Liberty, Iowa; and several nieces and nephews whom she cherished. She was preceded in death by her parents, her sisters, Sue Moore and Sandy Reinhardt, and nephew Cameron Hadley.

Sharla's faith ensures that we will meet again; and until then, she will live on in the treasured memories of her family and friends.

My chains are gone, I've been set free
My God, my Savior has ransomed me
And like a flood His mercy reigns
Unending love
Amazing grace