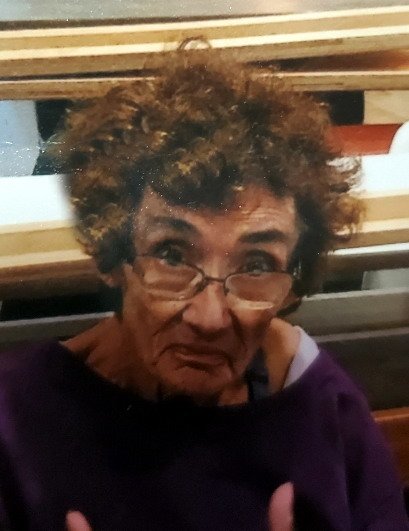 Please share a memory of Janet to include in a keepsake book for family and friends.
View Tribute Book
Atalissa, Iowa Janet Lucille Reighard Windus, 67, passed away peacefully at her home. Janet ended her journey of life on earth to go with God and start her journey into eternity in heaven where she will continue to look down to care for her family. No services are planned at this time, a celebration of life will be held at a later date. The Henderson-Barker Funeral Home in West Liberty is caring for Janet’s family. Online condolences may be made to the family at www.hendersonbarkerfuneralhome.com. Memorials may be made to Iowa City Hospice or St. Joseph Catholic Church in West Liberty. Janet was born June 17, 1953 at Washington County Hospital the daughter of Carroll and Lucille (Franzen) Reighard. She was a graduate of Washington High School. On May 17, 1974 she was united in marriage to Randy Windus in Washington. Janet had been employed with State Movie Theater baby sat for neighbors, Pizza Hut, West Liberty Foods, Newt’s Café, cleaning homes for Merry Maids and being self employed. She was active at St. Joseph Church, 4-H, and Cattleman’s Association in her younger years. She also helped with school activities and picking up trash in Atalissa. She enjoyed watching TV, spending time and caring for her family, going for rides and enjoying the nature, seeing the mountains in Colorado, made several trips to Branson, Missouri, and she loved meeting people and could talk to anyone. Janet is survived by her husband Randy, children: Nick of Atalissa, Cory (Emily Hoch-Windus ) of Westminster, Colorado and Amy of Atalissa. One grandchild Jackson. Sisters: Pat Fritz, Priscilla Reighard and Barb Letcher, Many nieces and nephews. Sister and brother in laws: Pamela (Jerry) Stegner, Lisa (Nick) Bender, Kerri (Jay) Sandusky, Michael McMcGourty, Kenneth Windus, Kristine Windus, Corrine (Clay) Welsch. She was preceded in death by her parents, father in law Gary, mother in laws Rosemary Beard-Windus and Pastsy Lane Windus-Dilbeck.

No Services are planned at this time, a celebration of life will be held at a later date.

Share Your Memory of
Janet
Upload Your Memory View All Memories
Be the first to upload a memory!
Share A Memory
Send Flowers
Plant a Tree