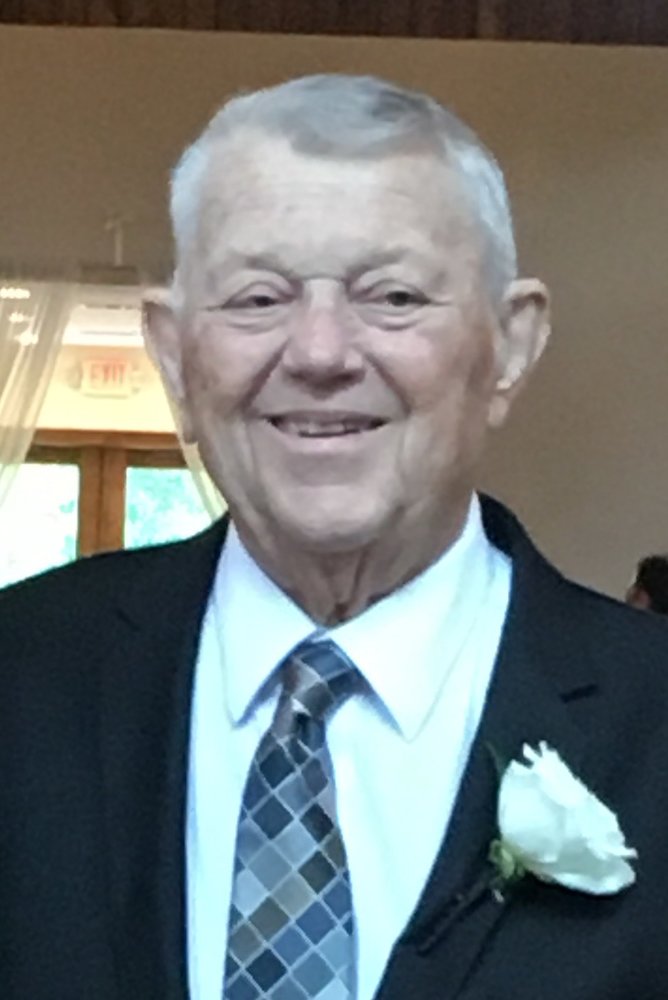 Please share a memory of James to include in a keepsake book for family and friends.
View Tribute Book
Jim Dreibelbeis Obituary James E. Dreibelbeis, 87, of West Liberty, Iowa passed away November 24, 2020 at the University of Iowa Hospitals and Clinics in Iowa City. He was born May 21, 1933 in Knoxville Iowa, the only child of Mansel and Catherine Dreibelbeis. He attended Iowa State University and graduated from Drake University College of Pharmacy in 1959. He then went to work at Watters Rexall Pharmacy in West Liberty, Iowa. Eventually it became Dreibelbeis Pharmacy. He owned and operated the business until he retired in 2000. He was a member of the Mount Calvary Masonic Lodge in West Liberty and a member of the Kaaba Shriners. Jim served in the United States Air Force during the Korean Conflict as a meteorologist. He was united in marriage to Mary Jane Van Hemert on June 20, 1952. She passed away January 17, 1987. They had one son, Michael (Shelley), grandchildren Eric (Candice) and Kerri Grace (Kyle) and 2 great grandchildren. He was united in marriage to Mary Ann Yerington on May 22, 1993 and gained another family - Teri Pearl (George), Beth Haraway (Brent) and Scott Yerington (Cindy). Grandchildren include Adam Pearl (Lindsay), Keith Pearl (Holly), Lisa Warson (Nick), Andrew Haraway (Kelsi), Corey Johnston (Amy), Dan Johnston (Michelle), Jason Johnston (Briana), Cale Johnston (Lindsey), Emery Yerington and 15 great grandchildren. Jim enjoyed striking up conversations with strangers, entertaining at Lake of the Ozarks, his coffee group and gardening. He was preceded in death by his parents and his first wife, Mary Jane. Jim's funeral service will be live streamed on Henderson-Barker Funeral Home Facebook page Saturday November 28th 11 A.M. Celebration of Life at a later date. Interment will be in the Oak Ridge Cemetery, West Liberty. Online condolences may be made to the family at www.hendersonbarkerfuneralhome.com. Memorials may be made to the West Liberty Rescue Unit or the Simpson Memorial Home.