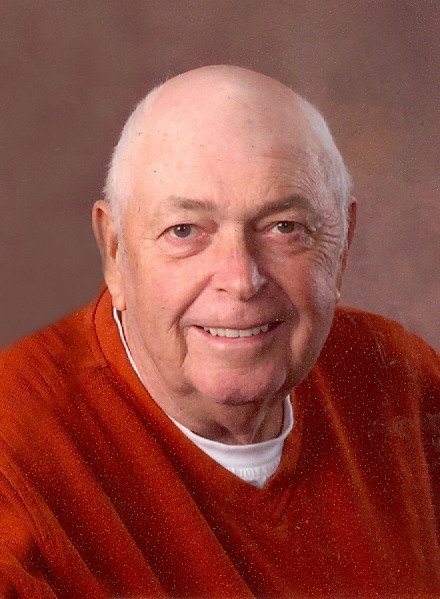 Please share a memory of Don to include in a keepsake book for family and friends.
View Tribute Book
Donovon “Don” Lloyd Campbell, 88, passed away Tuesday, November 3, 2020 at the University of Iowa Hospitals and Clinics in Iowa City. Due to COVID 19 private family services will be held Friday, November 6, 2020 at the Henderson-Barker Funeral Home in West Liberty. Burial will be in the Nichols Cemetery. In lieu of flowers memorials may be made to Holden Comprehensive Cancer Center at the University of Iowa and forwarded to Henderson-Barker Funeral Home, PO Box 46, West Liberty, Iowa 52776. Online condolences may be made to the family at www.hendersonbarkerfuneralhome.com. Don was born March 20, 1932 in Carson, Iowa the son of Earl and Edith (Strong) Campbell. The family moved to the West Liberty area when Don was 8 and he attended Atalissa High School. On August 28, 1950 he was united in marriage to Shirley Garvin in Hiawatha, Kansas. They had just celebrated 70 years of marriage. In their early years Don and Shirley farmed in several locations around the surrounding area. In 1960 he entered the chemical / fertilizer business and retired after 40 years. He then started Campbell’s Custom Bin Service and operated that for 15 years. Don served on the Muscatine County Fair Board for many years. He was a people person, and enjoyed visiting with people everywhere he went. He is survived by his wife Shirley of West Liberty. Four daughters: Linda (Denny) Albrecht, Peg (Gary) Miller, Twyla (Dean) Bickford and Cindy (Kirt) Campion. 8 grandchildren: Michelle (Brad) Dvorsky, Shawn Bickford, Jodi (Justin) Oswald, Kristin (Chris) Looney, Chris (Krisoula) Miller, Andy (Stacy) Campion, Casey (Casey) Miller and Zach (Megan) Campion, 21 great grandchildren: Brittney, Brooklyn, Skyler, Kendall, Quinn, Katey, Noah, Lexi, Jaxson, Drew, Zoey, Gage, Avri, Thea, Ella, Hunter, Colton, Tanner, Olivia, Ames and Mavie. He is also survived by a sister Marge and many nieces and nephews. He was preceded in death by his parents, 2 brothers, 3 sisters and a great grandson Ryan.

Share Your Memory of
Don
Upload Your Memory View All Memories
Be the first to upload a memory!
Share A Memory
Send Flowers
Plant a Tree