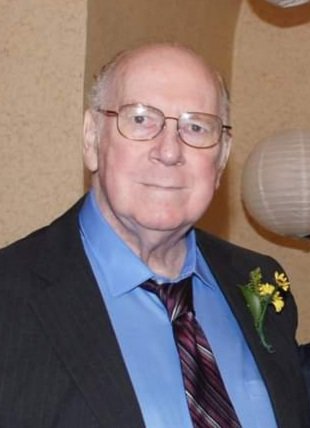 Please share a memory of James to include in a keepsake book for family and friends.
View Tribute Book
James Harold Whitt, 81, passed away October 15th after a short illness. Funeral service will be Tuesday 2:30 P.M. at the Henderson-Barker Funeral Home in West Branch. Visitation will be held 1 hour before the service at the funeral home. Online condolences may be made to the family at www.hendersonbarkerfuneralhome.com. Burial will be in the West Branch Cemetery, West Branch, Iowa. James was born October 8th, 1939 in Panther, West Virginia. Son of Yvonne Cline and Clarence Whitt, he was one of seven children. He married MaryAnn Lee on October 26th, 1957. A true 50’s romance, they met at the local skating rink and went to the big city of Chicago to scratch out a life. They had three kids, Sherry, David and Pamela, and those kids had kids, and those kids had kids. He was fortunate enough to adopt a late in life daughter Robyn, whom he loved like his own and a son-in-law Brad who kept him on his toes. There were countless nieces and nephews who affectionately called him Uncle Harold and friends who just called him Jim Q. Harold, for all of his West Virginia family, worked as a CNC operator most of his life. He attended the school of hard knocks but never complained. He found the church in the late sixties, dedicating his time as Deacon, Sunday School teacher, treasurer, janitor and bus driver. A good man, but far from perfect. He made many mistakes that God forgave him for and we rejoice knowing he is being welcomed into his Father’s home; for a man is measured by his entire book of life, not any single chapter. This was James, Jim Q, Harold… husband, friend, father, grandfather, great grandfather, western movie enthusiast, avid card player and Roy Orbison aficionado. He was a quiet man with a big heart and twinkle in his eye.
Tuesday
20
October