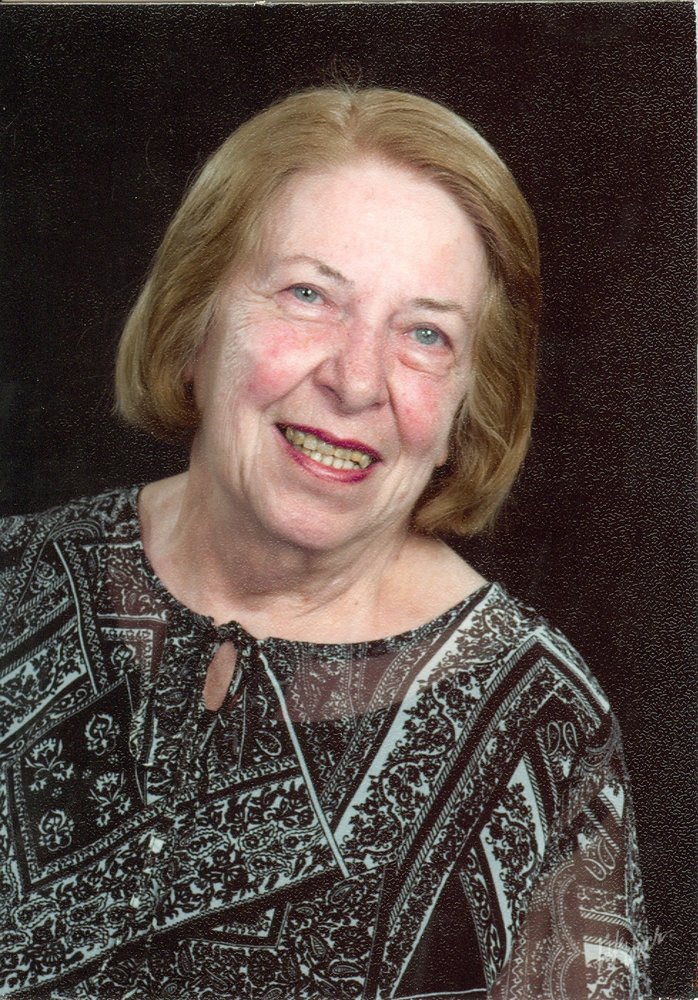 Please share a memory of Mary to include in a keepsake book for family and friends.
View Tribute Book
West Liberty, Iowa Mary Louise Russell, 86, formerly of Iowa City passed away Friday, October 16, 2020 at the Simpson Memorial Home in West Liberty. Graveside services will be held 10 A. M. Tuesday, October 20, 2020 at Memory Garden Cemetery, Iowa City. Memorials may be made to Mary Louise Russell Memorial Fund. The Henderson-Barker Funeral Home in West Liberty in caring for Mary Lou’s family. Online condolences may be made to the family at www.hendersonbarkerfuneralhome.com. Mary Louise (Fisher) Russell was born August 24th, 1934, in Ottumwa, IA the daughter of Roy Fisher and Alice (Moore) Fisher. As an only child growing up on a farm between Albia and Blakesburg, IA, she worked hard helping her dad with chores. Her initial education was in a one room school-house and she moved rapidly through the curriculum. She graduated from Moravia high school and then attended Parsons College where she played 6 person basketball and earned a degree in secondary education. It was during her first year of teaching in Monroe, IA that she met James J. Russell who she married on June 29th, 1957. The couple briefly moved to Chariton, IA and then on to Iowa City where they made their home. Mary Lou suspended her career after moving to Iowa City and took care of her family and home. With one child in college and the other in high school she returned to the workforce as a high school secretary at West High in Iowa City for many years. Mary Lou enjoyed working with young people and formed close bonds with her co-workers. Mary Lou and Jim loved to travel together with their family and visited the 48 continental states with their children, tent and camping gear packed into the back of a station wagon. They also loved sporting events and would often attend Iowa Hawkeye wrestling, football, and basketball games. Mary Lou was very fortunate to form deep friendships with her bridge group card members that lasted a lifetime. Mary Lou was an active part of the First United Methodist Church in Iowa City for many years, where she served on multiple church boards and belonged to UMW circles. She was also a member of TTT and Mercy Guild at Mercy Hospital in Iowa City. There are hundreds of babies who went home from the hospital wearing a baby hat that she lovingly knitted. Mary Lou was best known on South Governor Street for the heartfelt service she provided to our neighbors. A true people person she was the first to welcome new neighbors, celebrate success, provide a helping hand, or just be there when folks needed to talk. Her family includes her two children; Melody Russell of West Liberty, IA; Joseph (Monica) Russell of Oceanside, CA; 4 grandchildren, Alyssa (Eli) Wilkinson, Justin (Karla) Russell, Samantha Russell and Michael Russell; and 3 great-grandchildren, Zane, Celeste and Layla. Mary Lou was preceded in death by her parents, husband (James Russell), and by her sister-in-law (Kathryn Banks). Mary Lou’s family would like to thank those who lovingly cared for our mother and grandmother these last years at Simpson Memorial Home in West Liberty, and to Iowa City Hospice for keeping her comfortable and helping her family during this difficult time.
Print
Tuesday
20
October