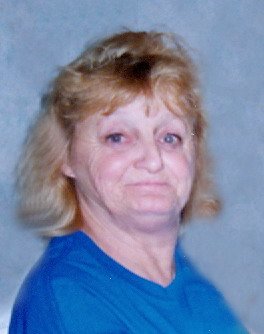 Please share a memory of Mary Ann to include in a keepsake book for family and friends.
View Tribute Book
Mary Ann Marichalar, 73, passed away Saturday, October 3, 2020 at the University of Iowa Hospitals and Clinics in Iowa City. No public services are planned. Online condolences may be made to the family at www.hendersonbarkerfuneralhome.com. The Henderson-Barker Funeral Home in West Branch is caring for Mary Ann’s family. Memorials may be made to St. Joseph’s Indian School, Chamberlain, South Dakota. Mary Ann was born November 12, 1946 in Cleveland, Ohio the daughter of Spurgeon G. and Helen (Meadows) Bell. For many years she worked in environmental services in the Silicon Valley, California. She met her partner Glenn Rogers in California and together they moved to Iowa City in 2000 and later to West Branch in 2014, spending over 30 years together. Mary Ann worked at Lantern Park in Coralville after moving to Iowa. She enjoyed her friends and co-workers; she was a person who was liked by all. She also enjoyed going to the casino, watching soap operas, traveling, Green Bay Packers, San Francisco 49er’s and most importantly children, grandchildren and dog Charlie. She is survived by her partner Glenn Rogers of West Branch, three children: John David Zaremba of Citrus Heights, California, Kathy Valladolid of San Jose, California and Joey Marichalar of Elko, Nevada. Three Brothers: Jim Bell of Ellensburg, Washington, Jeff Bell of Suffner, Florida and Andy Bell of Mills, MA, one sister Annie Toepfer of Scotts Valley, California. 9 Grandchildren and 2 great grandchildren also survive. She was preceded in death by her parents, and a daughter Christina Ann Dell’ergo.
Print

No Services are planned.