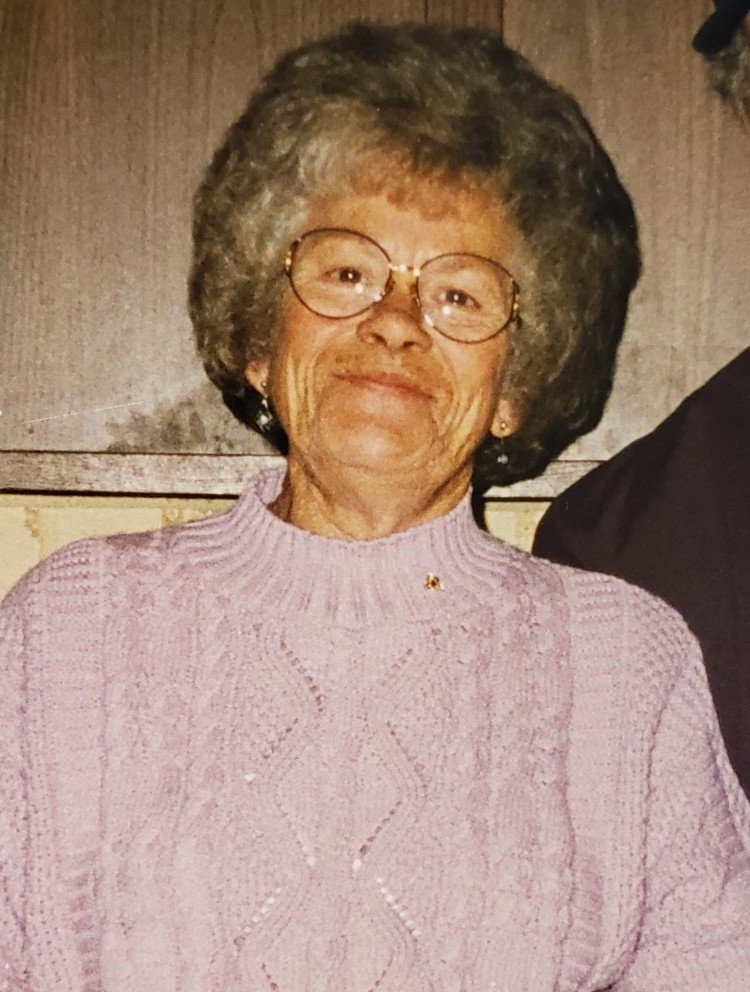 Please share a memory of Virginia to include in a keepsake book for family and friends.
View Tribute Book
West Liberty, Iowa Virginia Louise Struck, 92, formerly of Atalissa passed away Thursday, September 17, 2020 at the Simpson Memorial Home in West Liberty. Graveside service will be held 1 P.M. Friday, September 25, 2020 at the Walcott Cemetery, Walcott, Iowa. The Henderson-Barker Funeral Home in West Liberty is caring for Virginia’s family. Online condolences may be made to the family at www.hendersonbarkerfuneralhome.com. Memorials may be made to the Simpson Memorial Home, West Liberty. Virginia was born August 21, 1928 in Baldwin, Iowa the daughter of Charles and Edna (Downer) Kokemuller. She was a graduate of Miles, Iowa High School. On December 18, 1948 she was united in marriage to Donald E. Struck in Davenport. The couple resided in Davenport through 1964 and moved to Muscatine. In 1968 the family moved to Atalissa where they farmed all their life. Virginia enjoyed farming, ballroom dancing with Donald, going to her grandchildren’s activities, reading, visiting family and friends on the weekends and any and all activities around the kitchen table. She will be deeply missed by her three children: Son Terry Struck of Atalissa, two daughters: Vicky Clark of Blue Grass and Sandy Fridley of Nichols, 7 grandchildren: Susan (Joe) Schnedler of Letts, Jesse Battey and his significant other Brandi of Muscatine, Shawna (Jeff) Laughlin of West Liberty, Chad (Lisa) Fridley of Huxley, Heather (Troy) Koch of Blue Grass, Sonya (Brian) Flake of West Liberty and Steven Struck of Atalissa. Great grandchildren: Savanna, Sawyer, Kayden, Ava, Zoey, Kylie, Caleb, Kolbi, Caden, Ryan, Jackson, Tanner, Chase, Cody, Brodie, Willow, Winter, Kerilynn and Joseph. She was preceded in death by her parents, husband Donald, son in law: John Clark, Gail Schroeder, and a grandson Christopher Lee Struck.
Friday
25
September

Share Your Memory of
Virginia
Upload Your Memory View All Memories
Be the first to upload a memory!
Share A Memory
Send Flowers
Plant a Tree