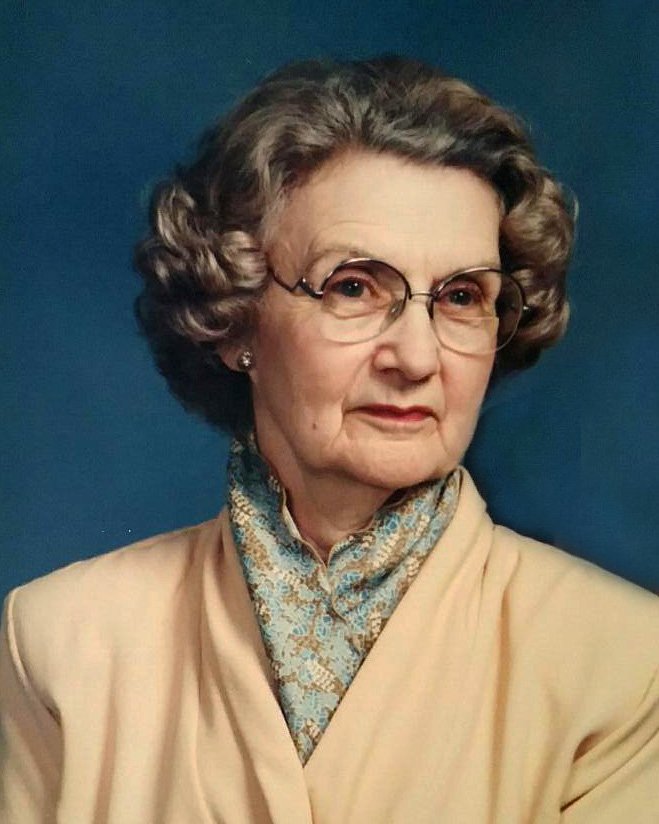 Please share a memory of Dorothy to include in a keepsake book for family and friends.
View Tribute Book
West Liberty, Iowa Dorothy Ella Carey, 101, passed away Thursday May 14, 2020 at her home in West Liberty, Iowa. Due to the pandemic no services will be held. A "Celebration of Life" gathering may be held at a later time. Henderson Barker Funeral Homes is handling the arrangements. Private family interment will be at Oak Ridge Cemetery in West Liberty. Memorial donations may be made to West Liberty United Methodist Church Women's Group or P.E.O. Chapter AH. Dorothy was born April 3, 1919 to her parents Guy N. and Florence S. Flater on their farm south east of West Liberty. She graduated from West Liberty High School in 1936. In her early years after high school she taught at a country school. She was united in marriage to Dr. John W. Carey on June 18, 1941. After their marriage she and John lived in an apartment above the West Liberty veterinary office and started their family. She assisted John in his veterinary practice by helping with office administration. She was a member of the West Liberty United Methodist Church, where she served as organist for many years. Dorothy was also a member of UMW, P.E.O. Chapter AH, Women's Club, Eastern Star, IVMA Auxiliary, and WWII Veteran's Auxiliary. Dorothy enjoyed practicing and playing her music on both piano and organ. She relished time playing bridge with her couple's group and her ladies' club. She loved to read; and she spent a lot of time corresponding with family and friends, many of whom were shut in. Family was always the focus of her life and she made certain to get to their graduations, marriages, and other important life events. After raising her children she spent many years helping care for other family members Dorothy is survived by her son Thomas (Lucy) Carey of Ames, daughter Rebecca (James) Wooge of Ames, and son James Carey (significant other Candace Coberley), sister-in-law Margaret (Carey) Peisner Brattin, seven grandchildren, Kimberly Carey (Brad) Smith of Centennial, CO, Amy Carey (Brian) Mazeski of Aurora, CO, Ryan (Maureen) Carey of Toronto, ON, Nathan (Kim) Nealson of Grimes, IA, Lindsay Carey (Barry) Koopmann of Golden Valley, MN, BJ (Ryann) Carey of Hillsborough, NC, and Trey Wooge of Ames, IA. She will be greatly missed by those surviving grandchildren, and 11 great-grandchildren who chose the affectionate nickname of "GG Dot" for Grandma. She is also survived by dearly loved nieces and nephews. She was preceded in death by, her husband Dr. John W. Carey, daughter Connie Ann Nealson, parents Florence and Guy Flater, sister Uneta Meyers, brother Dr. Guy Flater, and infant brother Kenneth Flater.

Share Your Memory of
Dorothy
Upload Your Memory View All Memories
Be the first to upload a memory!
Share A Memory
Send Flowers
Plant a Tree