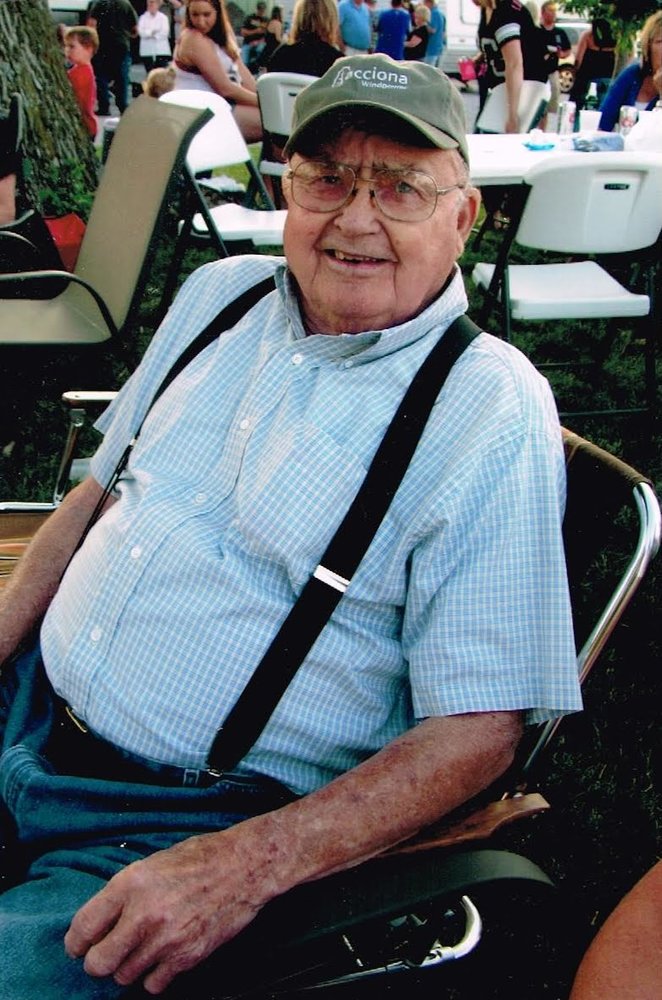 Please share a memory of Paul to include in a keepsake book for family and friends.
View Tribute Book
West Branch, Iowa Paul H. Sexton, 88, passed away suddenly Saturday, May 2, 2020 in West Branch. Funeral service will be held Thursday May 7, 2020 at the Henderson-Barker Funeral Home in West Branch where a gathering of family and friends will be held from 10:00 to 11:00, with a service and Burial with military honors to follow at the West Branch Cemetery. Online condolences may be made to the family at www.hendersonbarkerfuneralhome.com. A memorial fund has been established. Paul Howard Sexton was born March 20, 1932 in Johnson County, Iowa the son of Harry and Agnes (Jensen) Sexton. He attended Downey and West Branch Schools. Paul serviced with the United States Army during the Korean Conflict. On May 15, 1955 he was united in marriage to Myrtle "Myrt" Cullum in West Branch. Paul had worked at Sanitary Dairy in Iowa City, began and operated Paul Sexton Trucking hauling livestock and grain, Barker Apartments in Iowa City and following his retirement part time with the Fobian family hauling grain. He was a 67 year member of the West Branch American Legion, enjoyed spending time with his family and friends at their cabin in Cedar Bluff where they had many gatherings, he enjoyed tinkering and was a collector of John Deere garden tractors. He and Myrt enjoyed traveling and spending winters in Texas. Survivors include his wife Myrt of West Branch. Two children: Paula (Charlie) Parra of Templeton, California and Dan Sexton of Cedar Bluff, grandson David Musser and his fiancé Amanda Mather of West Branch. One sister Laura Slach of West Branch. He was preceded in death by his parents, brothers: George, Maynard, Ross, John, Larry, Bob and Bill
Thursday
7
May

Gathering of Family and Friends