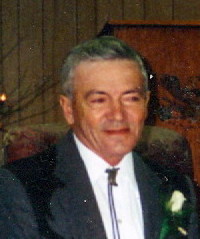 Funeral services will be held at 10:00 AM Wednesday, October 23, 2019 at the Cedar Valley United Methodist Church, West Liberty. Visitation will be held from 4:00-7:00 PM on Tuesday at Henderson-Barker Funeral Home in West Liberty. Burial will be at Oak Ridge Cemetery in West Liberty. A memorial fund has been established. Online condolences may be made to the family at hendersonbarkerfuneralhome.com.

Kenney was born September 8, 1928 on the family farm near West Liberty the  son of Earl and Della (Kramer) Smith. He was a graduate of West Liberty High School in 1946. On January 26, 1947, he married his high school sweetheart Marietta Hepker, they celebrated 66 years together. Kenney farmed the family farm from  March 1, 1970 until 2019, harvesting 72 crops.

He was an active member of the Cedar Valley United Methodist Church where he was a lay reader, and served as a 4H leader and coach. He enjoyed his time on the farm, horses, tractors and most importantly his family and faith.