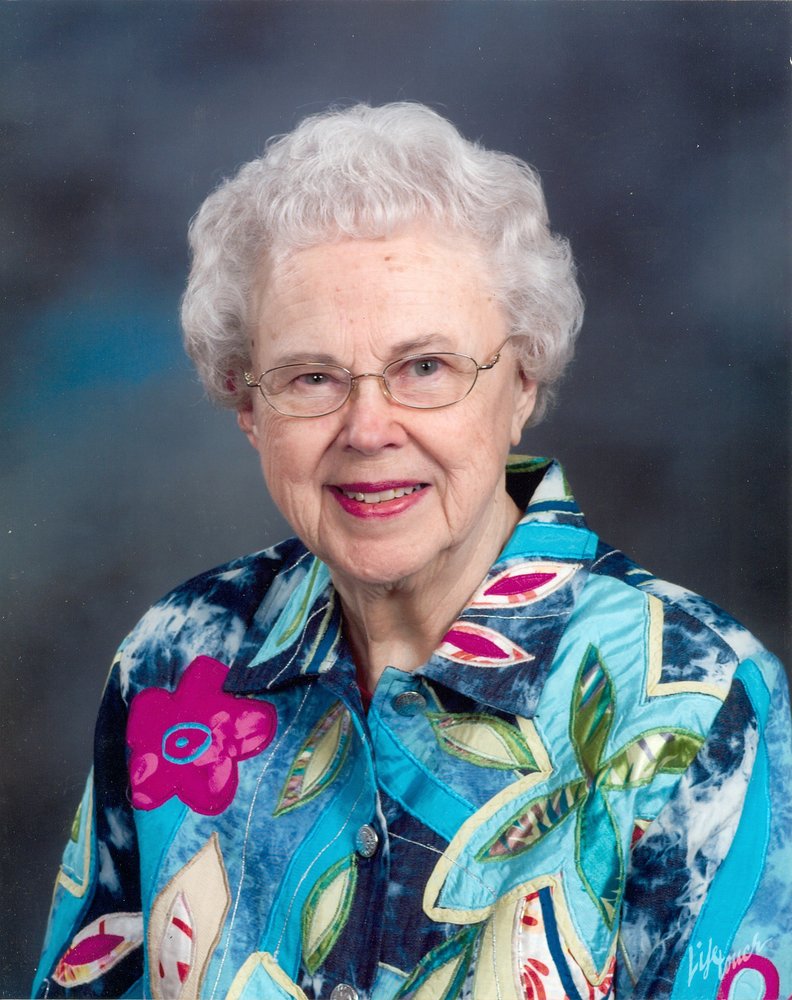 Mildred was born July 12, 1923 on a farm near Reynolds, Illinois the daughter of Peter A.M. and Delia (Nelson) Anderson. She was a graduate of Reynolds High School in 1940 and attended Moline Business College in Moline, IL. For 5 years she was employed with John Deere Plow Co. in Moline. On April 25, 1946 Mildred was united in marriage to Sherman Anderson at the Little Brown Church in Nashua, Iowa. She was a homemaker with a good life on a Iowa farm as she and her husband farmed many years together. They retired in 1980 and later moved to their home in West Branch in 1985 until 2012. They both enjoyed many long winters in Florida or Arizona in their RV and also traveled during the summer months. She took part in many card playing groups and was a member of a Sewing and Social Club as well as the Red Hats. She was a member of Bethany Lutheran Church in West Branch and was an active member of Women's Missionary Society and Martha Circle. She enjoyed volunteer work in her church and community by spending many years with the Lutheran Quilters and as a 4H leader. She attended many school activities in sports or music for her children and grandchildren. Millie was a good cook and organizer for family, church dinners and RV reunions, both she and her husband were of Scandinavian backgrounds so quite often their specialties were prepared.

Memorials May Be Made To: Mildred Anderson Memorial Fund

Share Your Memory of
Mildred
Upload Your Memory View All Memories
Be the first to upload a memory!
Share A Memory
Send Flowers