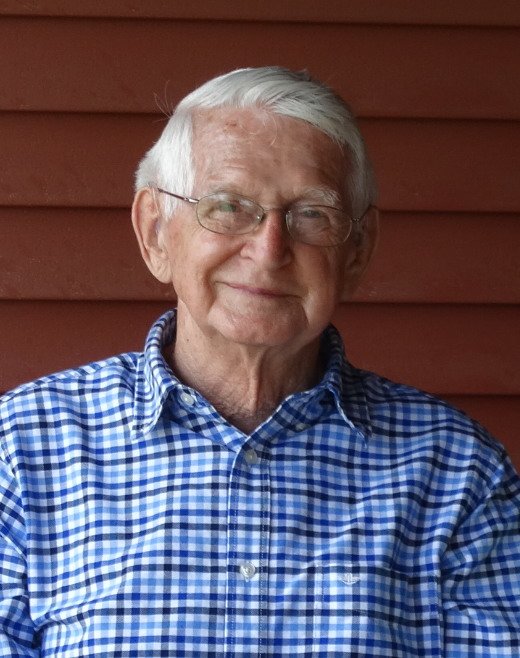 Funeral mass will be held 10 A.M. Monday July 29, 2019 at St. Joseph Catholic Church, West Liberty. Visitation will be Sunday from 2 to 4 P.M. at the Henderson-Barker Funeral Home, West Liberty. Burial with military honors will be in the Oak Ridge Cemetery, West Liberty. Online condolences may be made to the family at www.hendersonbarkerfuneralhome.com. Memorials may be made to: Kimberly Park Playground Project or Country Manor Memory Care in Davenport

Richard was born September 25, 1929 in Iowa City the son of Lester and Helen (Brennan) Janney. He was a graduate of West Liberty High School in the class of 1947. Richard proudly served in the United States Navy during the Korean Conflict. On July 11, 1952 Rich was united in marriage to Nanette Torrance in Las Cruses, New Mexico. Richard had been employed with Rohner Machine in West Liberty and later Thatcher Plastics in Muscatine retiring in 1992. He was a member of St. Joseph Catholic  Church, Mansell Phillips American Legion Post 509,  was the charter president of West Liberty Jaycees, enjoyed doing stained glass work, traveling, playing cards, hunting, watching birds, going to the casino and had served 6 years as a West Liberty City Council Member. Rich also was a volunteer at the West Liberty Library and Simpson Memorial Home.

Survivors include three daughters: Lori (Mark) Simpson of Bonaparte, Iowa, Jeannette (Dan) Christofferson of Nichols and Karen (Ron) Connelly of Washington, one son Rick of Wilton, 10 grandchildren and 16 great grandchildren. He was preceded in death by  his parents, wife Nan in December 2018 and a brother Guy Wieneke.