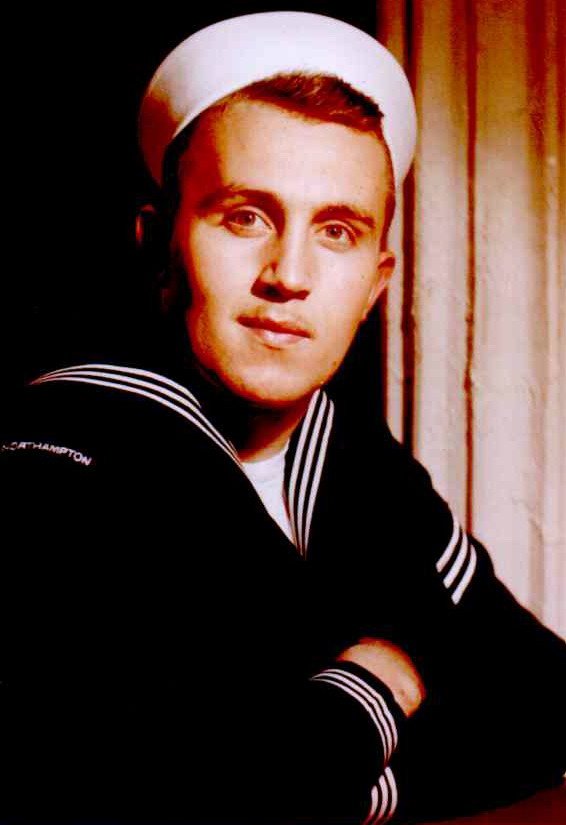 He was born in Mercer, Missouri February 4, 1944 to Edna Mae (McElfish) and William B. Clark.  He graduated from Mercer High School and later from Barber School.  He served as the ship’s barber on the USS Northampton during his duty in the US Navy.  He barbered in West Liberty, IA.  When short hair became unpopular, he found work in the West Liberty area and never returned to barbering.  He became a truck driver and drove cross country and later locally, driving a rock truck.

He was married to Wanda Arbuckle of Mercer to which two sons were born, Michael Alan and William Robert.  He was later divorced.  He loved to tell a good story, listen to old country music, visit with friends and faithful dogs, ride side by sides, and enjoyed good whiskey and cigars.  He collected Cushman motorcycles.  Along with being a Veteran, he was a Mason and a Shriner.  He gave generously to many charities and was always willing to give a hand to those in need.

He is fondly remembered by his sons Michael Clark Cedar Rapids and William Robert (Melissa Perrill) Clark of Iowa City, five grandchildren, Riley, Jacey, and John Clark, Janie and Will Perrill all of Iowa City.  He leaves behind his soul mate, Jane Adams, her daughter Amanda Jo Schueder, husband Joe Shueder, and daughters Lauren and Emma Jo of Klein, TX. Also surviving are an older brother, William Dale and wife Jeanette who reside in Mercer, MO. He was preceded in death by his parents.

Graveside services will be held 11 A.M. Saturday August 24, 2019 at the Girdner Cemetery, rural Mercer, Missouri. Visitation will be held Saturday, July 6, 2019 from 2 to 5 P.M at the Henderson Barker Funeral Home in West Liberty. His remains will be interred in the Girdner Cemetery in Mercer, MO at a later date. In lieu of flowers memorial donations may be made to Veterans Groups and Shriners’ Hospitals or a charity of your choice. Online condolences may be made to the family at www.hendersonbarkerfuneralhome.com.