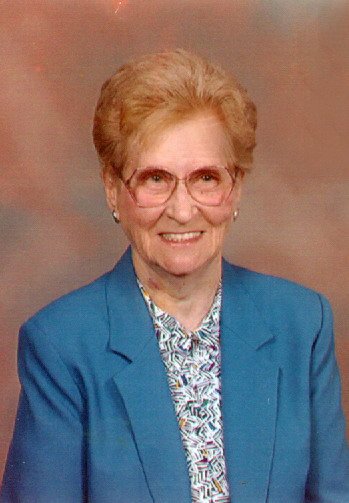 Christine S. Newcomb, 101, passed away Saturday May 18, 2019 at the Simpson Memorial Home in West Liberty.

Funeral services will be held 11 A.M. Wednesday, May 29, 2019 at the First Church United in West Liberty. Visitation will be held from 9:30 A.M. until 11 A.M. (service time) at the church. Burial will be in the Oak Ridge Cemetery, West Liberty. Online condolences may be made to the family at www.hendersonbarkerfuneralhome.com. Memorials may be made to Christine Newcomb memorial fund.

Christine was Born October 10, 1917 and was one of five daughters born to George and Maggie (Sumners) Failer of Farmington, Illinois, the Failer family was raised near Windsor, Missouri. On March 10, 1939 she was united in marriage to C. Russell Newcomb in Farmington, Illinois. Russell and Christine farmed for many years, retiring in 1978.