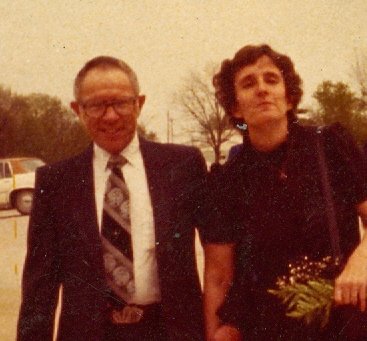 Please share a memory of Stanley to include in a keepsake book for family and friends.
View Tribute Book

Stanley Glen Phelps, 87, passed away Monday, September 3, 2018 at home surrounded by his family.

Funeral services will be held 10:00 A.M. Saturday September 8, 2018 at the Henderson-Barker Funeral Home in . Visitation will be held Friday from 6 to 8 P.M. at the funeral home. Burial will be in the , Atalissa. A memorial fund has been established. Online condolences may be made to the family at www.hendersonbarkerfuneralhome.com.

Stanley was born December 6, 1930 in Atalissa, Iowa the son of Glen and Laura (Wiekert) Phelps. He was one of the 11 graduates in the Atalissa High School class of 1949. He was a US Army Veteran, serving in Korea. He was united in marriage to Lorraine Garvin and to this union three children were born, Lorri, Brad, Brian Jay and together they raised a 4th child Mike. He was united in marriage to Marilyn Gafeller in 1968 and to this union were born Kerry, Cindy, Andrew and Trevor.

Memorials May Be Made To: Stanley Phelps Memorial Fund

Share Your Memory of
Stanley
Upload Your Memory View All Memories
Be the first to upload a memory!
Share A Memory
Send Flowers
Plant a Tree