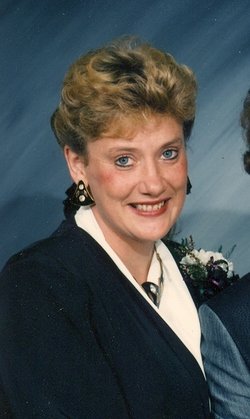 Please share a memory of Pamela to include in a keepsake book for family and friends.
View Tribute Book
West Branch, Iowa Pamela G. Scharff, 50, passed away Thursday August 21, 2008 at her home surrounded by her family and friends following a brief illness. Funeral services will be held 11 A.M. Monday August 25, 2008 at the Henderson-Barker Funeral Home in West Branch. Visitation will be held Sunday from 2 to 6 P.M. at the funeral home. Burial will be in the Downey Cemetery. Memorials may be made to the Downey Baptist Church. Pam was born June 9, 1958 in Iowa City the daughter of Billy A. and Rose Mary McCain Scharff. She was a graduate of West Liberty High School in the Class of 1976. On February 23, 1985 Pam met Philip Ingram, they have shared their life together ever since. In 1974 while Pam was still in High School she began working at the Simpson Memorial Home in West Liberty, she has worked as a CNA, and several other positions and most recently working in the office as the medical records supervisor and receptionist. She played the saxophone and was in the marching band during her high school years. She loved horses and riding her Harley Davidson motorcycle. She was always ready to help others, putting them before herself. Her family was always remembered on special occasions or during special times. She was a member of the Downey Baptist Church being baptized there on June 9, 2003 She is survived by her partner of 23 years Philip Ingram of West Branch. Her mother: Rose Mary Scharff of West Liberty. One daughter: Lindsay Heinrich and her fiancé Jason Morrow of Tipton. 4 Grandchildren: Tucker, Natalye, Brytan and Madysen. Three sisters: Cynthia Thomas of Moncks Corner, South Carolina, Debra (Mario) Iniguez of Grandview and Kati (Tom) Bates of Tipton as well as several nieces and nephews.
Sunday
24
August

Share Your Memory of
Pamela
Upload Your Memory View All Memories
Be the first to upload a memory!
Share A Memory
Send Flowers
Plant a Tree