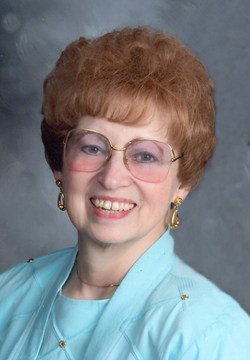 Please share a memory of Barbara to include in a keepsake book for family and friends.
View Tribute Book
Atalissa, Iowa Barbara Ann Kline, 73, died at the Simpson Memorial Home in West Liberty, on Wednesday, February 17, after a long and courageous battle with cancer. Funeral services will be held at 10:30 AM on Saturday, February 20, 2010 at the West Liberty United Methodist Church. Visitation will be 4:00-8:00PM on Friday at the church. Burial will be in the Oak Ridge Cemetery, West Liberty. Memorials may be made to Hospice Compassus or the Holden Cancer Center at UIHC. Barb was born in Los Angeles, CA, on September 24, 1936, the daughter of Harold and Hazel Romaine. She graduated from West Liberty High School with honors in 1955. While in high school she was a cheerleader and Homecoming Queen. Following high school she went on to graduate from Iowa City Commercial College. She worked as a private secretary for Dr. May who was the head of the Pediatrics Department at the UIHC. On April 16, 1958 she was united in marriage to Harold Kline in West Liberty. They celebrated their 50th wedding anniversary in 2008. She was a lifetime member of the West Liberty United Methodist Church and the Eastern Star. Ron was born in 1959 and she decided to be a stay-at-home mom. A second son Jim was born in 1961. After the boys were in school she was asked to do tax work for attorney Bob Barclay, she later worked for Sterner and Dowler until retiring. Survivors include her husband Harold, son Ron (Carol) Kline, 2 grandsons Derek and Garrett Kline, sister Shirley Young, mother Hazel Romaine and mother-in-law Louise Kline. She is also survived by her cousins, nieces and nephew. She was preceded in death by her son Jim, father Harold Romaine, father-in-law Elmer Kline and brother-in-law Ray Young. Barb’s greatest joys were being a wife, mother, grandmother, homemaker, traveling and being with friends.
Friday
19
February

Share Your Memory of
Barbara
Upload Your Memory View All Memories
Be the first to upload a memory!
Share A Memory
Send Flowers
Plant a Tree