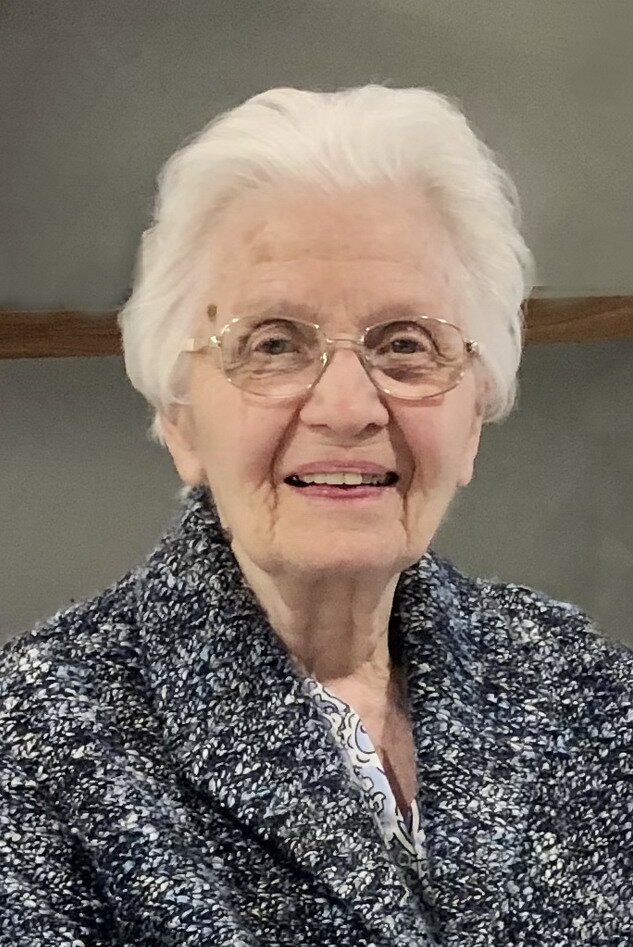 The funeral service for Jane will be lived streamed via the Henderson-Barker Funeral Home Facebook page and can be accessed by clicking the following link: https://fb.me/e/2NQ1kdHmn    This will begin shortly before the service

Myrta Jane Crawford was born on October 15, 1935, in Iowa City, Iowa the daughter of  George Andrew and Charlotte America (Swain) Crawford. Jane was raised on the Crawford farm located on the edge of Lone Tree, Iowa.  She graduated from Lone Tree High School in 1954 and received a bachelor’s degree from Cornell College in 1958.  Jane was united in marriage to Deane Viner 1958 – 1989 he passed away 2022,  and Richard Harding 1999 – 2000, Richard passed away in 2002.

She taught kindergarten, elementary music, and French language courses in West Liberty and Atalissa, Iowa. While raising a family and working on the family farm in South Prairie, southwest of West Liberty, she served as a 4-H leader for the Wapsie Best 4-H club, choir director and organist at the West Liberty United Methodist Church, and taught piano lessons. She substitute taught in West Liberty, Durant, Wilton, Muscatine, Lone Tree, and Iowa City schools. Later she worked in the quality control lab at Louis Rich.  In 1992 she moved to Texas where she taught elementary music in Brownsville, Texas.  In 1998 she earned a master’s degree at the University of North Texas College of Music.  In 2007 she moved to Oaknoll Retirement Living in Iowa City, Iowa. In retirement, she enjoyed substitute teaching, Bible study,  and playing the piano and the pipe organ.  She was a member of the United Methodist Church and Eastern Star.

Visitation will be held 9:30 to 11 A.M. Tuesday, January 17, 2023 at the United Methodist Church in West Liberty with services to follow immediately after at 11 A.M. at the Church. Interment will be in the Oak Ridge Cemetery, West Liberty. Online condolences may be made to the family at www.hendersonbarkerfuneralhome.com. In lieu of flowers memorial donations may be made to: Wycliffe Associates Bible Translators and the United Methodist Church. The Henderson-Barker Funeral Home in West Liberty is caring for Jane and her family.

Share Your Memory of
Jane
Upload Your Memory View All Memories
Be the first to upload a memory!
Share A Memory
Send Flowers
Plant a Tree