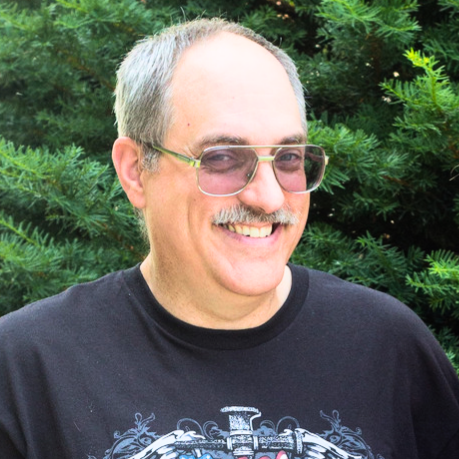 Please share a memory of Jim to include in a keepsake book for family and friends.
View Tribute Book

Jim Titus Farmer, 65, passed from this life into Jesus’ hands Sunday night, December 11 and is currently singing in His choir! He is 100% healed from a body ravaged with cancer.

Jim was born November 23, 1957 in Denver, Colorado, the son of Ralph and Betty Farmer. He was a 1976 West Liberty graduate and attended University of Missouri-Rolla engineering field. He worked at Liberty Anodizing in West Liberty for 33 years along with other jobs including farming, working at truck stops for Tom Brooke, and Taylor Rental in Coralville.

Jim was active in many faith based and community activities. He shared in the daily disciple path of serving others through his church, Springdale United Methodist Church and their mission work along with serving on the WB Library Board, currently was the WB Kiwanis President and previously on the CR Walk to Emmaus Board and a WB Boy Scout leader. He loved being the MC at Vacation Bible School and making a fool of himself as he acted in the skits – always enjoyed getting the kids to laugh as he did something silly to help plant a seed of faith! D & D was an enjoyable passion for him playing regularly with a group for many years of young guys that embraced the old guy – his words! His years of involvement in Boy Scouts were special to him with helping and mentoring the young scouts while attending camps and hiking at the Philmont Scout Ranch. Each time he was asked “what is on your bucket list?” – he would say he was content with where he was in life. He lived his faith each and every day.

He married Ruth Mayhew on June 20, 1981 and they are blessed with son, Chauncy and his family. Chauncy married Amanda (Crowley) and has three boys: Shae, Eli and Evan. He was so proud of his grandsons and each of their activities. He is survived by his immediate family and mom (Robert DeSpiegelaere), sister Debra (Roger) Hop, brother Steve Farmer, sister Maria (Jesse) Cadena, sister-in-law Theresa (Smith) Mayhew and brother-in-law Mike (Lynn) Mayhew along with many nieces and nephews. Jim was preceded in death by his father Ralph, brother-in-law Rick Mayhew, Father and Mother-in-law Roy and Marge Mayhew.

Visitation will be Wednesday, Dec 21 from 4-7 pm and funeral will be Thursday, Dec 22 at 11 am followed by luncheon with all being at the Springdale UMC (554 290th St., West Branch) and arranged through Henderson Barker Funeral Home. Burial will be in Pee Dee Cemetery, Springdale. Online condolences may be made to the family at www.hendersonbarkerfuneralhome.com.

Share Your Memory of
Jim
Upload Your Memory View All Memories
Be the first to upload a memory!
Share A Memory
Send Flowers
Plant a Tree