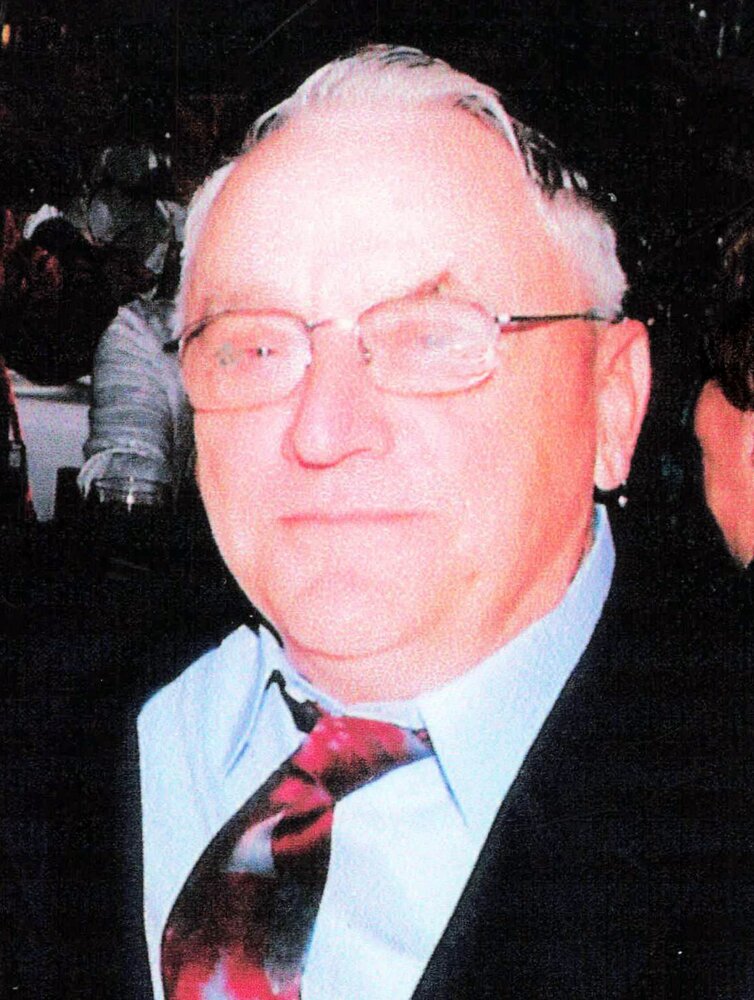 Please share a memory of George to include in a keepsake book for family and friends.
View Tribute Book

Memorials may be made to Cedar Valley United Methodist Church or West Liberty Fire and EMS Association.

George was born January 14, 1940 at home near West Liberty during a snow storm, the son of Clifton and Evelyn Askam Meyers. He was a 1958 graduate of West Liberty High School. On November 12, 1961 he was united in marriage to Janet Potter in Buffalo Prairie, Illinois, sharing 61 years of marriage and memories together.

He was a farmer south of West Liberty and loved his John Deere machinery. He enjoyed his hobby of fishing, and going up to “Red Lake” in Minnesota with his son Henry and others. He was a 50+ year member of the Cedar Valley United Methodist Church, Farm Bureau Member and served in the US Army Reserves. He was so proud of his family and enjoyed going to Minnesota sharing in their activities.

He is survived by his wife Janet of West Liberty, son: Henry (Carrie) Meyers of Olivia, Minnesota and daughter Heidi (T.J.) Bower of Ft. Myers, Florida. Ten grandchildren: Kyler (Laura), Eric (KateLynn), Joshua, Thomas (Reiley), Emma and her fiancé Brendan, Catherine, Abigail, Andrew, Sophia and Addison, three great grandchildren with another on the way. He is also survived by his sister in law Peggy Meyers and several nieces and nephews. He was preceded in death by his parents and a brother Virgil Meyers.