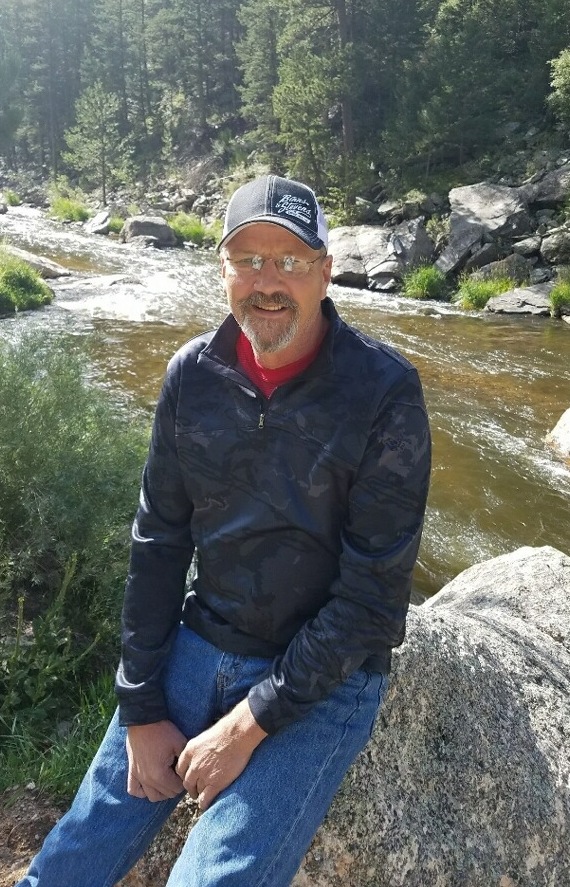 Please share a memory of Andrew to include in a keepsake book for family and friends.
View Tribute Book

Andrew Jay “Pickle” Petersen, 63, passed away Thursday, December 8, 2022 at his home in West Branch with his family by his side.

A memorial visitation will be held 11:00 to 1:00 P.M. Tuesday, December 13, 2022 at the Henderson-Barker Funeral Home in West Branch with a celebration of life to follow at 1:00 P.M. Inurnment will be in the West Branch Cemetery. The celebration and sharing of memories will continue at Herb and Lou’s in West Branch following the graveside service. Online condolences may be made to the family at www.hendersonbarkerfuneralhome.com. In lieu of flowers memorial donations may be made via Venmo to: @deanna-petersen-13 or directly to the family.

Andrew was born June 4, 1959 in Iowa City the son of Robert and Eleanor “Nori” (Kulesha) Petersen. He was a graduate of West Branch High School in the Class of 1977. On February 23, 1990 he was united in marriage to Deanna Hennings in West Branch. In his early years he was employed with Jake’s DX and spent the next 45 years in the printing industry, working for Moore Business Forms in Iowa City as a supervisor and also a supervisor at MacKay in Mount Pleasant before becoming plant manager for Tidewater Direct in West Branch. He had served on the West Branch Fire Department and was a member of West Branch Jaycees. Andy enjoyed hunting, trapping, fishing, woodworking and anything mechanical. Most importantly he enjoyed his children and grandchildren.

Celebration of Life and Sharing