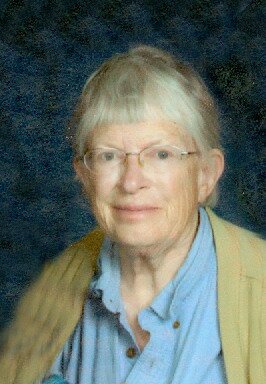 Please share a memory of Suzanne to include in a keepsake book for family and friends.
View Tribute Book

Those wishing to share in the graveside service are invited to join through a livestream on the Henderson-Barker Funeral Home Facebook page or by using the following link: https://fb.me/e/5qFrA2S77, beginning at 12:00 P.M. Monday.

Suzanne was born April 28, 1942 in Iowa Falls, Iowa to John and Eloise Wright, and grew up in Kirkwood, Missouri. She graduated from Kirkwood High School in 1960 and was a gifted violinist, holding the position of concert mistress in her school orchestra all four years of high school. She often spent summers at the prestigious Interlochen Arts Camp in Michigan, furthering her passion for music. Suzanne graduated from the University of Illinois Urbana-Champaign with a B.A. in Music Education in 1964. Following graduation she was united in marriage to Leonardy Ray Cutler on December 27, 1964, after which they moved to the Quad Cities and became long time members of Hope United Church of Christ in Moline.  Suzanne held long tenures as a professional violinist in the Kirkwood Community Orchestra, St. Louis Philharmonic Orchestra, Quad City Symphony Orchestra and the Knox-Galesburg Symphony as well as substitute positions in orchestras across the midwest. She also received a M.A. in Library Science and worked in several local libraries in the Quad Cities as well as holding a teacher license in both Illinois and Iowa so that she could substitute teach when called upon. In 1982, Suzanne and her husband welcomed a daughter, Rebecca Lynn Cutler, via adoption after waiting patiently for seven long years.

Suzanne had a generous spirit, often caring for others, whether family or friends. She loved learning and took many additional courses to further her knowledge in agriculture, horticulture, health, music, and education. Suzanne was artistic in ways beyond music, she loved visual art, crafting and sewing, specifically tatting. She was very fond of books, constantly adding to her collection and took notes when speaking to almost everyone so that she could remember details of their conversations and learn as much as possible about the people of the world.

She is remembered in life by her daughter, Rebecca (Jeremiah) Kramper and their two children; her brother, Charles (Graciela) Wright; nephew Christopher (Sondra) Wright and their children, niece Grace (Brandon) Carringer and their children; and hundreds of extended family and friends whose lives she touched. She is preceded in death by her husband of 56 years and both of her parents.

Share Your Memory of
Suzanne
Upload Your Memory View All Memories
Be the first to upload a memory!
Share A Memory
Send Flowers
Plant a Tree