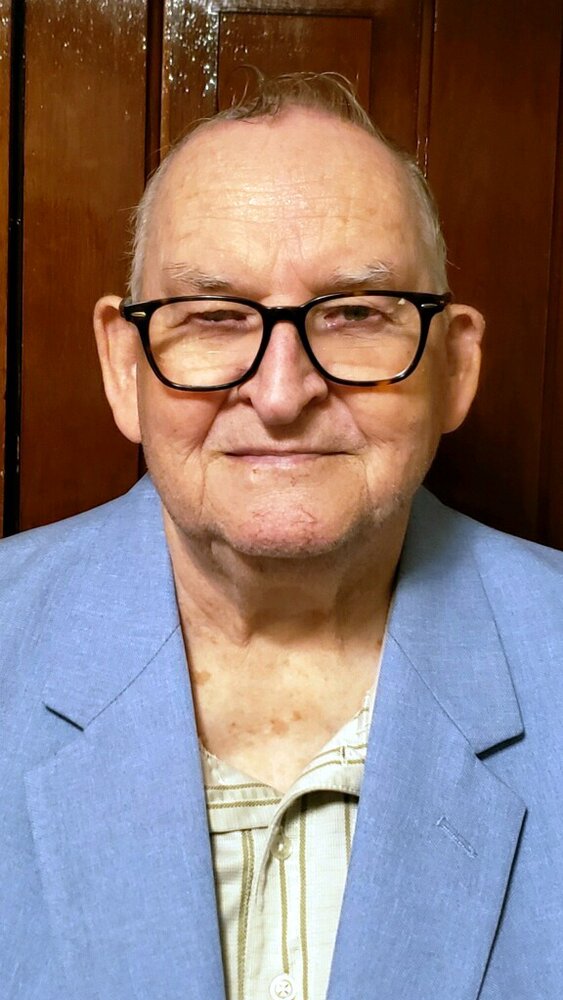 The celebration will be live streamed on the Henderson-Barker Funeral Home Facebook page or can be accessed  by using the following link: https://fb.me/e/2mKeXQDNB

James Jay Conrey was born on June 5 1938 in Melcher Iowa, the only child of Francis Marion "Red" Conrey and Thelma P Matson Conrey. Jim grew up in the Knoxville and Newton area and graduated from Newton High School with the Class of 1956. He met his future wife, Marilyn Yvonne Shafer at the Newton skating rink in 1954. They were wed on February 4 1958 at the Little Brown Church in Nashua. Unable to afford the cost of attending college and supporting a family at the same time, Jim turned down a scholarship to Grinnell College to accept employment as a meat cutter following high school graduation. Jim's skills in meat cutting and grocery store knowledge were acquired through his jobs held during his teens. He climbed the ranks in the Benner Tea Company for the next 10 years in several communities in Illinois and Iowa. He then moved on to a job as meat specialist at Charles L Mull and Sons in Muscatine Iowa. While on his travels calling on area stores, he learned of an opportunity for a Meat Department Manager for a store being built in West Liberty. In a twist of fate during his job interview, Jim was offered the position of manager which then turned into an offer to own the store. He and Marilyn moved their family to West Liberty on July 4 1968 and opened Jim's Foodland (later Jim's Super Valu) that September. They served their community until January 5, 1992 when the store was then sold to the Thoma family. After a brief retirement Jim became a Part Time USDA Meat Inspector at Louis Rich (West Liberty Foods) for the next 14 years.

Jim had a strong moral compass and drive in serving others especially children which led him to join several civic, community and fraternal organizations that helped support his beliefs. He was an active member for several decades in local and area economic development groups. Rotary International, Mt Calvary Lodge #95, Shriners, York Rite and Scottish Rite, Odd fellows, volunteer with Cub Scout Pack 141 and the Illowa Council of Boy Scouts, West Liberty Downtown Merchants Association, Chamber of Commerce, Simpson Memorial Home Board and Zoning and Planning Board for the City of West Liberty were the most notable of his memberships. He held several leadership positions in each but was mostly known as holding the role as Secretary or Publicity Chair for several years at a time. During his time as President of the Chamber of Commerce and Downtown Merchants, Jim along with Derwood Keith, Vic and Bette Schweer and other merchants took a risk on creating a family focused Sunday holiday stroll in 1975. He enjoyed being Santa's stand in for several years after the event was started.

Jim's life was more than work and serving others. He enjoyed fishing, bowling, attending races especially at the West Liberty racetrack. He enjoyed watching sports live and also on television. His favorite teams were the St Louis Cardinals, Dallas Cowboys and all University of Iowa teams especially Men's football and basketball. Jim also enjoyed several decades golfing as a member of the West Liberty Country Club. Jim was a car enthusiast and belonged to several national and local Antique and Chevy Car Clubs. He participated in several MotorIoway events. His 1939 Chevy Businessman's Coupe (The Golden Oldie) was his favorite of the two 1939 Chevrolets that he owned.