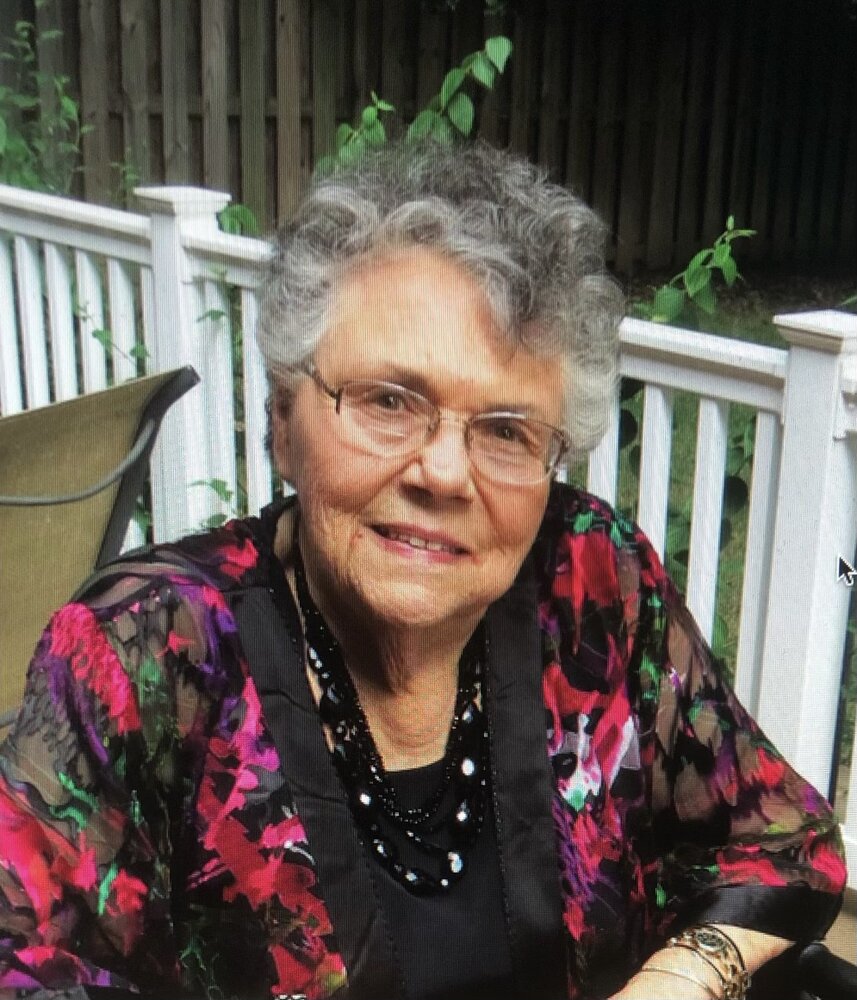 Please share a memory of Georgia to include in a keepsake book for family and friends.
View Tribute Book

Georgia Ann Olsen, 94, of West Des Moines, Iowa and formerly of West Branch  passed from this life on March 28, 2022.

Georgia Ann was born September 5, 1927, at home in rural Oxford, Iowa.  She attended one-room schools in rural Johnson County, moving with her family to Cedar Rapids at an early age.  She graduated Franklin High School in Cedar Rapids at the age of 16, and attended the University of Iowa.  On October 30, 1948, she married Richard J. Olsen in Cedar Rapids.  They had two sons, Terry and Dan, and a daughter, Polly.  They lived in West Branch, Iowa, for most of their years together.

She worked as a secretary in industry and insurance, was a stay-at-home mom for eight years, returning to the work force in 1957 at the University of Iowa School of Social Work where she retired as assistant to the director in 1990.

She and Richard loved to travel throughout the United States and overseas, including several winters in Hawaii and Florida.

Georgia Ann was a member of TTT, a charter member of West Branch Women’s Club, and several bridge clubs.  Her grandmother taught her to play when she was very young and her enthusiasm for the game never diminished.

She made many friends throughout her life, including those in Northern Virginia, where she lived with her daughter and family for several years.  She was the instigator of many outings, tours and day trips with her friends.

She loved being a wife and mother, and enjoyed her job at the University of Iowa.  She was a loyal Hawkeye football fan and purchased season tickets for sixty years.  She saw Nile Kinnick play on the Ironmen team in 1939.

Georgia Ann was preceded in death by her husband, Richard (1995), her parents, John G. and Pauline B. Wagamon, and her sister, Barbara Homan.

Funeral services will be held 1 P.M. Friday, April 1, 2022 at the Henderson-Barker Funeral Home in West Branch, Iowa with visitation being held from 12 noon until the service time at 1 P.M. Burial will follow in the West Branch Cemetery. Online condolences may be made to the family at www.henderonbarkerfuneralhome.com.

Georgia Ann's funeral service will be live streamed via the Henderson-Barker Funeral Home Facebook page or by using the following link: https://fb.me/e/3rPVCzLvh. This will go live at the start of the service.

Memorials may be directed to the Holden Cancer Center, University of Iowa Center For Advancement, PO Box 4550, Iowa City, Iowa 52245. Georgia Ann was a cancer survivor and credits excellent doctors and care at that center for her long life.