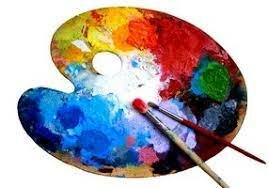 Please share a memory of Tracy to include in a keepsake book for family and friends.
View Tribute Book

Tracy was born January 30, 1960 in St. Joseph, Missouri, the daughter of Ralph H. and Twyla F. (Snapp) Ritter. She was a 1978 graduate of Iowa City West High School. In 1979 Tracy was united in marriage to Harold McElderry in Downey, Ia.  Together they had a daughter, KimberLee.  Tracy and Harold would later divorce.

For 20 years Tracy was employed as a sales associate with Kmart in Iowa City. She lived in the Eastern Iowa area since 1973.

Tracy had many talents and found joy in drawing, painting, playing the flute (in her early years) and taking care of her flower gardens most of all. Tracy was a devoted Christian and also enjoyed reading her Bible.

Tracy is survived by her daughter: KimberLee (Bill) Kleinmeyer of West Branch, Iowa, father: Ralph (Viola) Ritter of Springfield, Missouri, and a sister: Kelly (Josh Rosenberg) Ritter of Champaign, Illinois.  Tracy had three grandchildren: Levi, Lily and Chloe Kleinmeyer as well as a niece, Sarah Rosenberg. Tracy is also survived by her long time friend and caretaker Sylvia Sexton. She was preceded in death by her mother Twyla, a sister, Deborah Ritter, her second husband, Dave Schulz and her beloved furry friend, Angel.

A celebration of life and graveside services will be held at a later date.