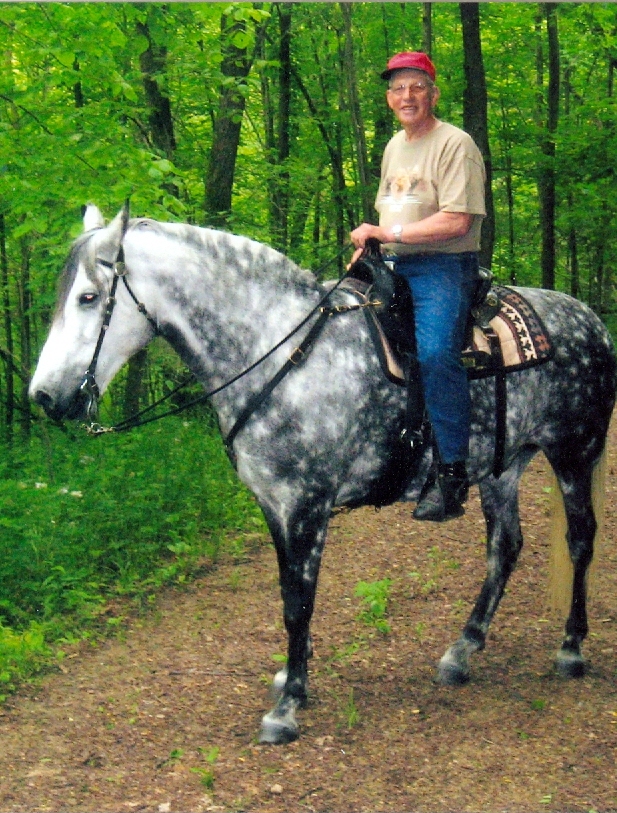 Please share a memory of Frank to include in a keepsake book for family and friends.
View Tribute Book

Private family services will be held at a later date. The Henderson-Barker Funeral Home in West Branch is in charge of arrangements.  Memorial donations may be made to Crestview Specialty Care Center.

Frank Merlyn Floerchinger was born August 24, 1929 the son of Frank Joseph and Helen Elizabeth (Pidima) Floerchinger. He was a graduate of Millersburg, Iowa High School. Frank served in the United States Army during the Korean Conflict.

On November 19, 1952 Frank was united in marriage to Marjorie Langenberg at Waco, Texas. In 1961 Frank and Marjorie moved their family to Loveland Colorado. He was employed at Hewlett Packard during that time and in 1972 they moved back to West Branch.  Frank farmed and was employed with Heinz in Iowa City until his retirement.

He enjoyed the outdoors; riding horses, camping, fishing, hunting, gardening and was an Iowa Hawkeye fan.

Frank’s family would like to thank Crestview Specialty Care Center and the staff for the wonderful care given the last two years.

Share Your Memory of
Frank
Upload Your Memory View All Memories
Be the first to upload a memory!
Share A Memory
Send Flowers
Plant a Tree