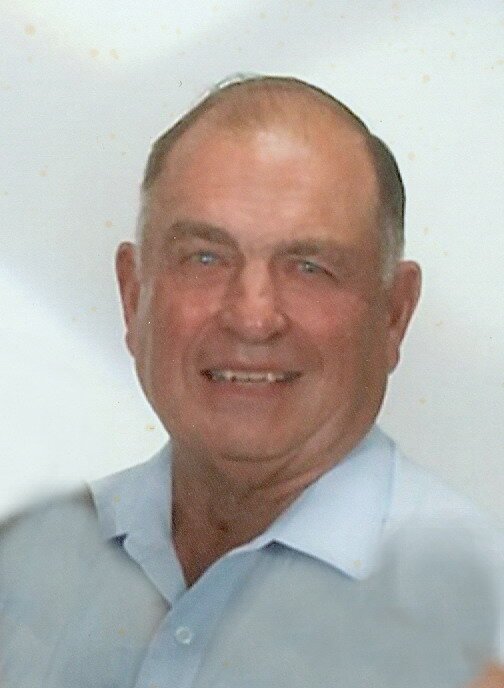 Please share a memory of Harold to include in a keepsake book for family and friends.
View Tribute Book

Visitation will be held 9:30 until 11:30 Tuesday at the West Liberty United Methodist Church with services to immediately follow at 11:30 at the church. The funeral service will be live streamed, beginning at 11:30 via the Henderson-Barker Funeral Home Facebook Page and can be viewed at: https://fb.me/e/1maj4w1Nr.  Burial with military honors will be at the Oak Ridge Cemetery, West Liberty. Memorials may be made to West Liberty Fire and Rescue Unit, West Liberty Food Pantry, United Methodist Church, Camp Courageous or a charity of the donor’s choice.

Harold was born February 1, 1935 in Iowa City the son of Elmer and Louise (Ridenour) Kline. He was a graduate of West Liberty High School and attended Iowa State University. He served in the United States Army stationed in Germany. On April 16, 1958 Harold was united in marriage to Barbara Romaine at the United Methodist Church in West Liberty. Harold was a lifelong farmer in the area.

Harold was a member of the United Methodist Church where he served on many committees, West Liberty Lions Club, Mansell Phillips American Legion Post #509, Masonic Lodge and was an active volunteer in the community.

He is survived by one son Ron (Carol) Kline of Atalissa, two grandsons: Derek Kline of Atalissa and Garrett Kline and his fiancé Jessica Turnis of Hills, Iowa, a very special companion Marilyn Henderson of West Liberty and close cousin Joyce Wilson of Atalissa. He was preceded in death by his parents, wife Barbara and son James.

Share Your Memory of
Harold
Upload Your Memory View All Memories
Be the first to upload a memory!
Share A Memory
Send Flowers
Plant a Tree