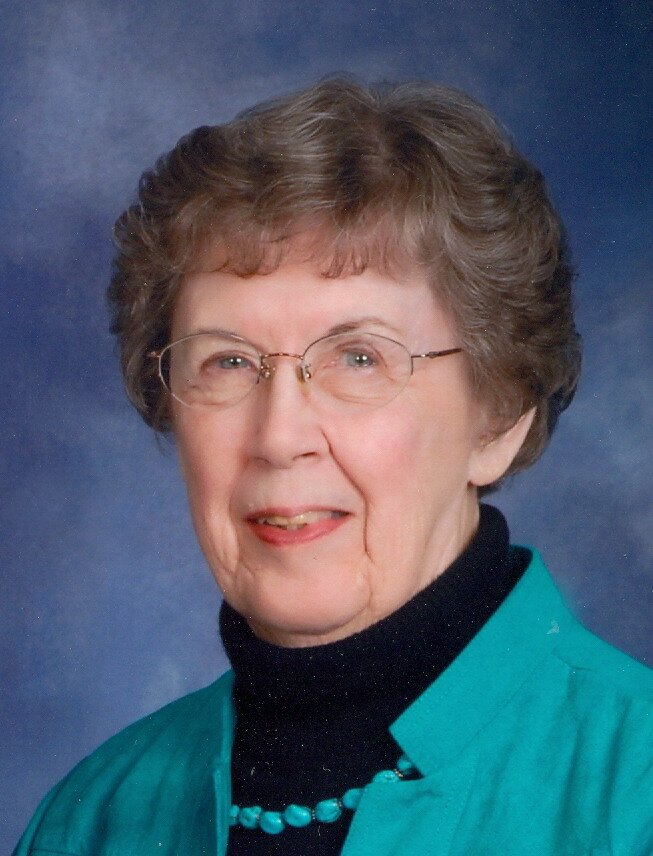 Please share a memory of Janet to include in a keepsake book for family and friends.
View Tribute Book

Services will take place on Saturday, January 8 at the Henderson-Barker Funeral Home in West Branch, Iowa.  Visitation will take place at 10:00 a.m. and the service will begin at 11:00 a.m. The funeral service will be live streamed beginning at 11 A.M. via the funeral home Facebook Page: https://fb.me/e/1nC3VhB5d.  Graveside services will be held at the Oak Ridge Cemetery in West Liberty, immediately following the service. Online condolences may be made to the family at www.hendersonbarkerfuneralhome.com. Memorials may be made to The Birdhouse – Hospice Home of Johnson County Iowa or the West Branch United Methodist Church.

She was born on October 24 1932, the daughter of Melvin and Lorene (Morris) Pearson of West Branch.  She was active in West Branch School girls’ basketball, drama, band, vocal music, FFA, and 4-H.  She graduated Valedictorian in 1950 and went to the Iowa State University to study clothing and textiles.

She married her high school sweetheart John Charles (Chuck) Wolf on January 5, 1951, and they began farming in the West Liberty area.  Through Chuck’s work, the family lived in West Liberty, Iowa; Moberly, Missouri; Hartley, Iowa and West Branch.  In each of these communities she worked outside of the home as bank teller, a book keeper and as the Administrative Assistant for the Publications Department at ACT.

She and Chuck were able to enjoy many travel adventures during their 69-1/2 years of marriage.  Their adventures took them on church work trips to Alaska and Montana.  They also toured Hawaii, Australia, Mexico, Italy, New Zealand, Switzerland, Ireland, Scotland, Wales, and the Panama Canal.

She was preceded in death by her husband, Chuck Wolf; her parents; and her brother, Bob Pearson.

Share Your Memory of
Janet
Upload Your Memory View All Memories
Be the first to upload a memory!
Share A Memory
Send Flowers
Plant a Tree