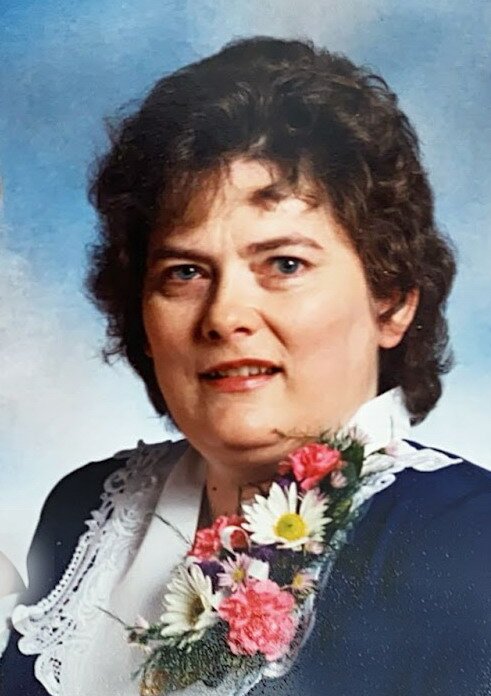 Please share a memory of Marilyn to include in a keepsake book for family and friends.
View Tribute Book

Visitation will be held 9:30 to 11:00 a.m. Friday, December 17, 2021, at the Henderson-Barker Funeral Home in West Branch, with services to follow immediately after at 11:00 a.m. Burial will be in the West Branch Cemetery. In lieu of flowers, memorials may be made to the Crestview Specialty Care Center.

Marilyn was born September 14, 1946, in Muscatine, Iowa, the daughter of Albert and Millie (Lenker) Gregory. On October 2, 1965, she was united in marriage to Jack Vincent in West Branch.

Marilyn was self-employed beginning in the 1970s as a seamstress. She created costumes and uniforms for the Herbert Hoover National Park Service. In addition to this, people came to her with business for alterations. Her talents led her to being hired by Bobbie’s Bridal Boutique in West Branch as a seamstress for bridal apparel. She successfully held this position until her children graduated from high school. In 1987, she began her career at ACT, Inc., in the registration department. This is where she remained until retiring after 20 years of service. She was a Girl Scouts and 4H leader, enjoyed dogs and most important were her children and grandchildren.

She is survived by her three children: Dave (Celeste) Vincent of Iowa City, Doreen (Chuck) Jones of Ely and Denise (Jens) Lee of New London, 5 grandchildren: Matthew, Mitchell and Nathan Jones, Kaitlyn and Megan Lee. She was preceded in death by her parents, husband Jack, and a brother Gary Gregory.