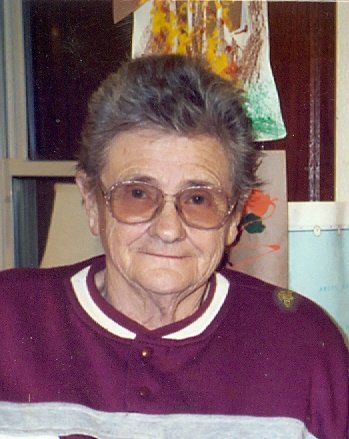 Funeral service will held 10:30 A.M. Friday April 26, 2019 at the Henderson-Barker Funeral Home in West Branch. Visitation will be Thursday from 4 to 7 P.M. at the funeral home. Burial will be in the Downey Cemetery, rural West Branch. Online condolences may be made to the family at www.hendersonbarkerfuneralhome.com. Memorials may be made to Doris Heick memorial fund.

Doris was born on the family farm south of West Branch, the daughter of Joseph and Edna Lumpa Vikel. She graduated from West Branch High School in 1955. On April 22, 1964 she was united in marriage to George Heick in Davenport. She and George farmed in the West Branch area for many years. She enjoyed playing cards, gardening and was a member of the Farm Bureau.

Survivors include her two sons: Russell (Diane) Heick of West Branch and Dan (Mary) Boul of West Liberty, two grandchildren: Eric and Carl. Two sisters in laws: Bev (Floyd) Connors of Mediapolis and Janet Vikel of West Branch. She was preceded in death by her parents, husband George in 2016, brother Earl Vikel, and sister and brother in law: Evelyn and Rusty Benda.