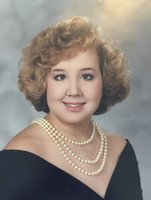 West Branch, Iowa Christine Anne Baumgartner-Miller, 53, passed away at her home Thursday, August 27, 2020. No public services will be held. The Henderson-Barker Funeral Home in West Branch is caring for Christine’s family. Online condolences may be made at www.hendersonbarkerfuneralhome.com. Memorials may be made to Christine Baumgartner-Miller memorial fund. Christine was born December 24, 1966 in Des Moines, Iowa the daughter of James and Dorothy (Jensen) Baumgartner. She was a graduate of West Branch High School in 1985 and later the University of Iowa with her BA in Political Science. She had owned and operated a preschool in St. Paul, Minnesota and was involved in child care for many years, Chris currently was working as a census worker. Survivors include her two children: Elizabeth Miller of Coralville and Jack Miller and his fiancé Alyssa Tisinger of West Branch. Preceding her in death were her parents, and a sisters Janet.