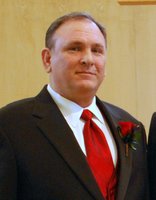 Muscatine, Iowa Brian Jerome Oxley, 59, Muscatine, IA passed away suddenly on June 13, 2020. Brian was born June 21, 1960 to Herbert and Julia (Stark) Oxley. He attended West Branch High School and married Terri Heath on September 13, 1977. Together they had two children, Nicholas and Jennifer. After high school Brian joined the United States Marine Corp and served for 4 years, specializing in field artillery. During this time the family moved to California. After leaving the Marine Corp, Brian and Terri moved back to Iowa where they owned and managed multiple mobile home parks prior to Terri’s passing away in 1999. After Terri’s passing Brian took to the road as a truck driver. Brian was married to Connie Goddard in September 2006 and they resided in Muscatine, IA. While they later divorced, they remained close friends until the time of his passing. In 2009 Brian opened his own barber shop in Muscatine, IA where he enjoyed all of the stories told by his clients and friends. He had a fondness for vintage items and was always on the look-out for old barber items to add to his shop. Brian was an avid card player and especially enjoyed Friday night cards with his family and friends. Brian loved a good flea market and spent his free time looking for undiscovered treasures. He especially loved spending time with his grandkids. He was a friend to all and enjoyed conversations with anyone. Brian’s faith in God was unwavering and he was a life-long member of the catholic church. Brian will be remembered fondly by his humor and infectious smile. He was truly one of a kind. Brian is survived by his son Nick (Julia), mother Julia, Connie and her children Justin and Tonisha (Shawn), sisters Monica, Rose, & Laura (Joe), brothers James (Ruth), Timothy (Rachel), Marcus (Kari), and John (Dawn), grandchildren Tristan, Hunter, Dakota, Charlotte, Nora, Trinity, Damien, Breanna, Lane, Xander, Morgin and Ayden, and many nieces, nephews and extended family. Brian was preceded in death by his first wife Terri, daughter Jennifer, granddaughter Micah, father Herbert, sister Janella, brothers Joe and Kevin, and brother-in-law Raul. The Henderson-Barker Funeral Home in West Branch is caring for the family. Online condolences may be made to the family at www.hendersonbarkerfuneralhome.com. A private family mass will be held.