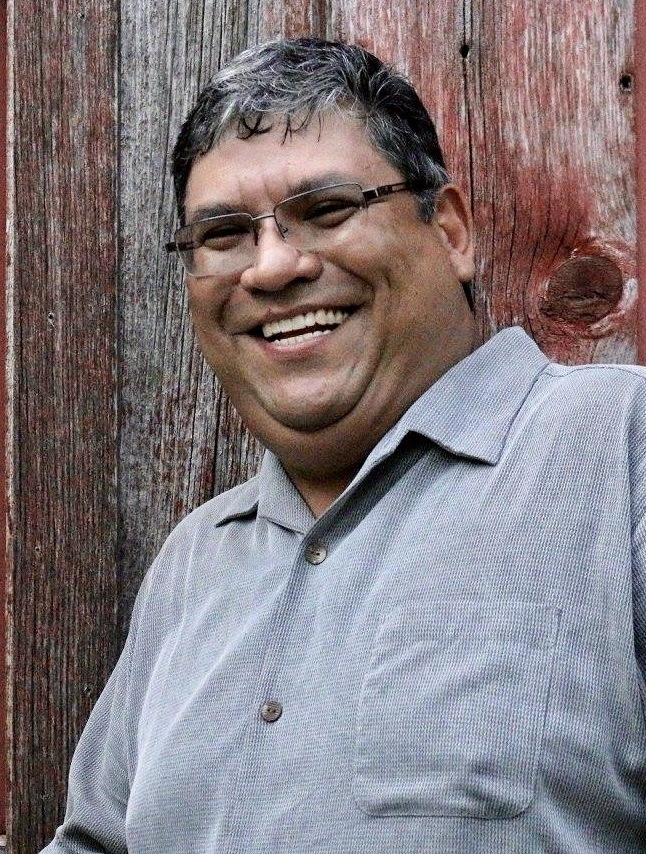 West Liberty, Iowa Rolando C. Rocha, 47, of Oxford, Iowa formerly of West Libety passed away suddenly of a heart attack, on Sunday, January 26. Rolando, known to everyone as Rolo, is a beloved husband, father, son, brother, uncle, nephew, cousin, and friend. His ready smile and knack for storytelling will be missed and never forgotten by his family and his innumerable friends. Funeral mass will be held 11 A.M. Friday, January 31, 2020 at St. Joseph Catholic Church in West Liberty. Visitation will be Thursday 3 to 7 P.M. at St. Joseph Catholic Church, 109 W. 6th Street, West Liberty with a rosary to follow. Burial will be in the Oak Ridge Cemetery, West Liberty. The Henderson-Barker Funeral Home in West Liberty is in charge of arrangements. Online condolences may be made to the family at www.hendersonbarkerfuneralhome.com. A memorial fund has been established. Rolo was born on November 30, 1972 to Pedro and Aquilina C. Rocha of West Liberty, Iowa, where he was raised in a large and loving family, all of whom he cherished. In 1991, he graduated from West Liberty High School where he was active in band, choir, sports, and running around with his rowdy pals. He worked for Bandag Tire in Muscatine, and later in Denver, Colorado, eventually settling back in Iowa, continuing his career at Cross Dillon Tire. He enjoyed his work, the places it took him, and the friends he had in his co-workers. He was a loving father to his daughters Lakin Rocha and Caitlyn Jones, and uncle to his many nieces and nephews. They were his heart. While they took a round about path, Rolo and Meggan Riggan, wed on June 11, 2016. Their friends and family shared a collective sigh of relief to finally celebrate this match which was always meant to be. He is survived by his wife, Meggan of Oxford; daughters Lakin Rocha of Wilton, Caitlyn Jones of Iowa City; sister Maria (Donaciano) Sanchez; brothers Alvaro (Fidencia) Rocha, Pedro (Maricela) Rocha, Miguel (Dolores) Rocha, sister Azeneth (Gustavo) Zamores all of West Liberty; mother-in-law Margaret Riggan of Iowa City, sisters-in-law Jenny Riggan-Sexton of Kalona, Bonnie Riggan (Tim Harapat) of Iowa City; brother-in-law Matt (Tina) Riggan of Tiffin; and a large extended family. He was preceded in death by his parents, two brothers: Frederico Rocha and Javier Rocha, and his father-in-law Lyle Riggan.